Ribera raises the savings to families and companies to 2,300 million in the first quarter of the 'Iberian mechanism'

The PP accuses the Government of financing the war against Russia with the 'cap on gas'. 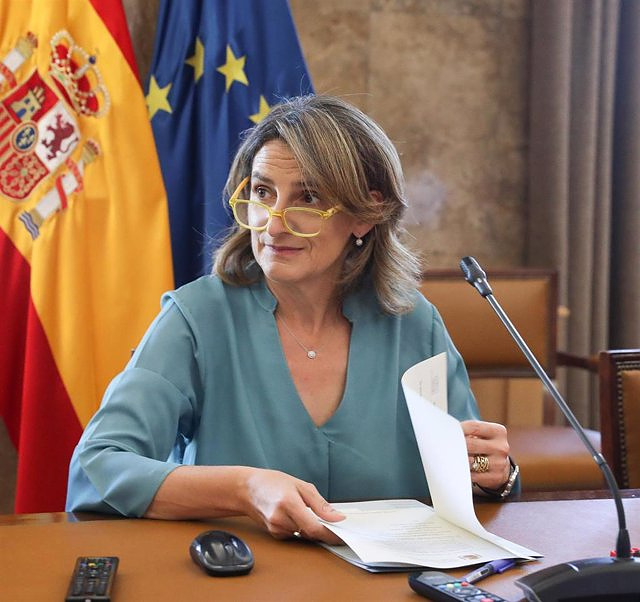 The Third Vice President and Minister of Ecological Transition, Teresa Ribera, assured this Wednesday that the savings for families and companies due to the 'Iberian mechanism' - with which the price of gas for electricity generation comes up - rises to the 2,300 million euros in the first three months of application of the measure, which entered into force on June 15.

The minister has defended the 'Iberian exception' --which received the endorsement of the European Commission-- during the plenary session of Congress after a question from the deputy of the Popular Party (PP) Juan Diego Requena, who has exposed a series of negative effects that , in the opinion of the main opposition party, derive from the 'Iberian mechanism'.

Thus, the PP deputy has opined that the application of the gas cap has served to "finance Putin" and the war in Ukraine with 1,900 million euros since June 15, which has subsidized electricity to France worth 550 million euros and that has increased the purchase of gas to generate electricity.

Given this, the minister has underlined regarding the price differential, that the Spanish wholesale electricity market is between 30% and 40% cheaper than that of surrounding countries, even when adding the compensation that the demand will pay to the combined cycle plants due to the application of the 'Iberian exception'.

Ribera has also emphasized that the measure works and manages to reduce electricity prices, even when Spain, in one of the driest years and with less hydropower generation, has provided 25% of the electricity consumed in Portugal and that France is importing as much energy as possible due to the state of its nuclear park, according to the minister.

In the reply, Requena has accused Ribera of being a "swindler" and has snapped at him that he only finds in the National Commission of Markets and Competition (CNMC) an ally in the defense of the 'Iberian mechanism' due to his "personal relations", in reference to the fact that the minister's husband was until this week a councilor of the agency.

In the plenary session of the Congress, Ribera also answered the question from the deputy of the Basque Parliamentary Group (EAJ-PNV) Idoia Sagastizabal, who presented a series of energy measures in view of the current situation, such as increasing the capacity of the Irún gas pipeline with a compressor, regulatory changes to provide price stability or create the figure of the independent demand aggregator.

In her response, the minister has emphasized the progress of renewable energy in Spain and self-consumption; she has defended the need to continue working on energy storage and promoting the development of green hydrogen; and she has agreed with the PNV deputy in the commitment to the compressor in the Irún gas pipeline to increase the capacity of the gas interconnections with France.

‹ ›
Keywords:
ElectricidadTeresa Ribera
Your comment has been forwarded to the administrator for approval.×
Warning! Will constitute a criminal offense, illegal, threatening, offensive, insulting and swearing, derogatory, defamatory, vulgar, pornographic, indecent, personality rights, damaging or similar nature in the nature of all kinds of financial content, legal, criminal and administrative responsibility for the content of the sender member / members are belong.
Related News