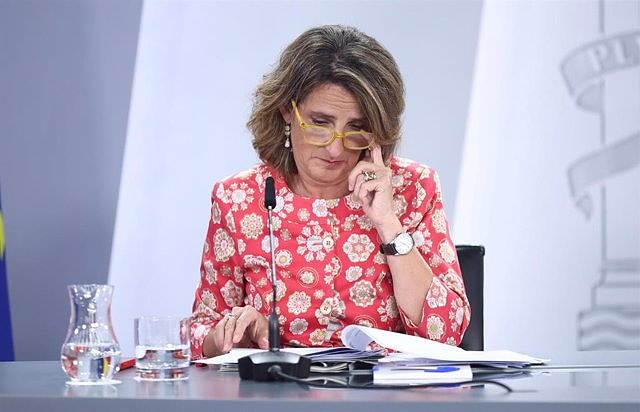 The third vice-president of the Government and minister for the Ecological Transition and the Demographic Challenge, Teresa Ribera, has shown her confidence that the meeting she will hold next Thursday with the Popular Party (PP) will serve to "understand what is the strategic sense of what that aims" the training led by Alberto Núñez Feijóo in energy matters.

At a press conference after the Council of Ministers, Ribera described these meetings as "important" within the framework of the country's energy security Contingency Plan, as with the rest of the political groups, consumer associations or operators, since " it is key to reach the maximum consensus" in the current situation of energy crisis.

The minister was open to putting on the table all the questions raised by the PP and considered that the meeting will be "a good opportunity" to show how many of its proposals "are already being applied or are in the public debate and are demands of the sectors, and therefore have a very large backing".

In addition, he considered that the document presented by the PP on energy matters is something in which, "said in a very colloquial way, it shoots out in all directions." "Towards the past, to maintain what is there, to be oriented towards the future, but then it does not appear collected in the day-to-day of the administrations where it governs," he added in this regard.

For this reason, he invited the PP to "clarify and understand" whether in its roadmap for exiting the energy crisis they consider that it should "basically go back to the 20th century in the energy system or accelerate and reduce exposure to high volatility of fossil fuels".

‹ ›
Keywords:
FeijóoPPTeresa RiberaDespoblación En España
Your comment has been forwarded to the administrator for approval.×
Warning! Will constitute a criminal offense, illegal, threatening, offensive, insulting and swearing, derogatory, defamatory, vulgar, pornographic, indecent, personality rights, damaging or similar nature in the nature of all kinds of financial content, legal, criminal and administrative responsibility for the content of the sender member / members are belong.
Related News