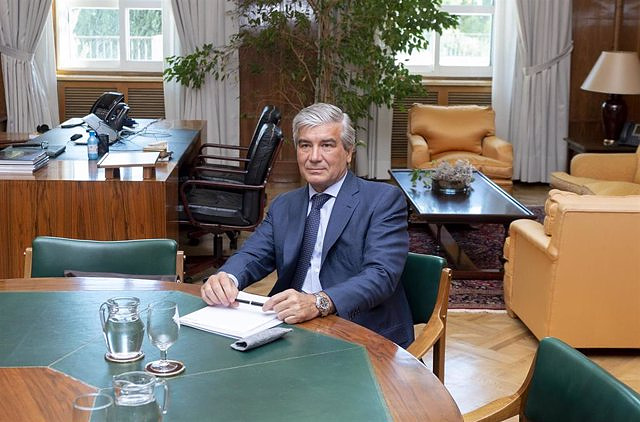 The chairman of Naturgy, Francisco Reynés, has asked to eliminate speculation and the Dutch Title Transfer Facility (TTF) as a reference index to set the price of gas, while pointing out that the meeting of ministers of the European Union this Friday confirms the need for the EU rulers to take "structural decisions in a direction somewhat different from what has been usual" in order to face future challenges.

During his speech at the 7th Energy Forum organized by 'El Economista', the chairman of Naturgy stated that it remains to be seen whether the Dutch TTF "really says something or not about what affects many countries, other than the Holland itself" and how it affects the financial system and everything that is derived.

"It is evident that we all have to do something and I wanted to take the opportunity to say that it is logical and we should all advocate that the TTF ceases to be a reference in many things, because it is the one that is allowing or in this case harming the competitiveness of industries", said Reynés, who highlighted that the index is at record highs and no longer responds to a balance between supply and demand.

Likewise, the president of Naturgy has affirmed that there has been an "extraordinary" increase in LNG prices, especially in Europe, while on a world scale it has fallen. In this sense, he has pointed out that Europe has increased 55 bcm (billions of cubic meters) of consumption per year, while the market in general has risen only 25 ", he has pointed out.

During his speech, he advocated an action that excludes speculation caused by physical congestion of discharges, taking into account that part of the price that the Dutch TTF is rising has to do with the fact that it is "difficult or impossible" to download more natural gas in Europe.

"We cannot leave a market index to get into a non-index or a non-market, therefore we should seek or the meeting of the European Union should seek a reference liquid market that is built with supply and demand", has Reynes explained.

Likewise, it has underlined that the level of the volume of gas that is transacted at the TTF level in financial derivatives is 100 times the volume of gas that is transacted in the Dutch market, therefore "any decision that is taken, any way of limiting this indiscriminate rise of speculative aspects of this index" must bear in mind that there is a financial market "that can be greatly affected".

In this context, Reynés stressed that the objective of the European Union is a "very praiseworthy and very common" objective, but then there are the particularities of each country.

"When it comes to energy, we are all very different", stated the chairman of Naturgy, who was convinced that eliminating speculation and providing certainty will allow "the gas market to stop being news for the bad, in this case because of runaway prices, and it is so because of how good it is that there are many industries that are competitive thanks to gas".

‹ ›
Keywords:
Naturgy (Gas Natural)UE
Your comment has been forwarded to the administrator for approval.×
Warning! Will constitute a criminal offense, illegal, threatening, offensive, insulting and swearing, derogatory, defamatory, vulgar, pornographic, indecent, personality rights, damaging or similar nature in the nature of all kinds of financial content, legal, criminal and administrative responsibility for the content of the sender member / members are belong.
Related News