Reyes Maroto will be the PSOE candidate for Mayor of Madrid

The Minister of Industry, Commerce and Tourism, Reyes Maroto, will be the PSOE candidate for mayor of Madrid, as socialist sources have confirmed to Europa Press, who will face the 'popular' José Luis Martínez Almeida in the race for the Madrid City Council. 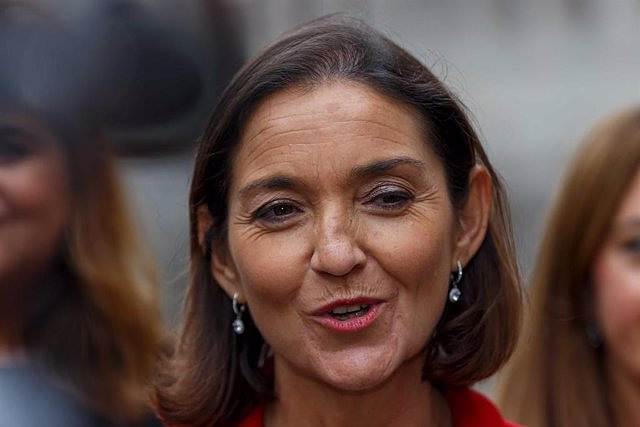 The Minister of Industry, Commerce and Tourism, Reyes Maroto, will be the PSOE candidate for mayor of Madrid, as socialist sources have confirmed to Europa Press, who will face the 'popular' José Luis Martínez Almeida in the race for the Madrid City Council. Madrid in the next municipal elections of May 2023.

In an interview on Radio Nacional, collected by Europa Press, the Minister of Ecological Transition, Teresa Ribera, has also confirmed the candidacy of Maroto, who has highlighted his ability and energy to assume this mission. "It has been great news, he has the energy, the capacity, the spirit and the heart to conquer all of us in these elections," Ribera stressed.

Asked about whether Maroto's candidacy could lead to a government crisis, Ribera pointed out that this "a decision that corresponds exclusively to the Prime Minister." "I think that the president knows the team well and the needs and challenges of this year well and I am sure that he will solve this situation very adequately and correctly, dispensing with Maroto is not something that he counted on, I know that he greatly appreciates her as minister ", has added.

Maroto is expected to formally announce his candidacy this Monday at the I Europa Press Tourism Conference, at the Beatriz Auditorium, which will be attended by representatives of the sector and in which he will be accompanied by other ministers such as Nadia Calviño, Félix Bolaños, María Jesús Montero, Miquel Iceta and the Government spokesperson, Isabel Rodríguez.

‹ ›
Keywords:
PSOEAyuntamiento De MadridReyes Maroto
Your comment has been forwarded to the administrator for approval.×
Warning! Will constitute a criminal offense, illegal, threatening, offensive, insulting and swearing, derogatory, defamatory, vulgar, pornographic, indecent, personality rights, damaging or similar nature in the nature of all kinds of financial content, legal, criminal and administrative responsibility for the content of the sender member / members are belong.
Related News