He asks to take into account all the proposals to face "Putin's blackmail". 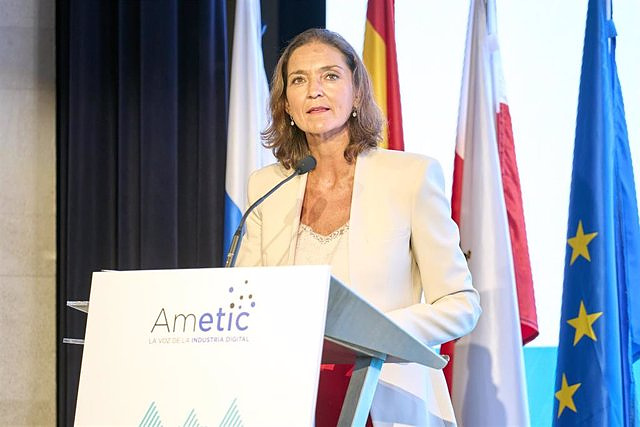 The Minister of Industry, Commerce and Tourism, Reyes Maroto, has once again defended the need to carry out the MidCat gas pipeline project and, although she has promised to have all the gas interconnection infrastructures with France 100% operational, she considers that that is "clearly not enough" without the MidCat.

Asked about the rejection of the project that the President of France, Emmanuel Macron, has shown, the minister, in a TV3 interview collected this Tuesday by Europa Press, has assured that this and all the proposals will be debated this week within the framework of the meeting meeting of energy ministers of the European Union (EU).

He considers that all the proposals must be put on the table to deal with the consequences of "Putin's blackmail" --which has cut off the supply of gas to Europe through the Nord Stream gas pipeline-- and has insisted that Spain wants to export the largest volume of gas to the European countries that are, in his words, more exposed to this blackmail due to a lack of their own resources.

Given Macron's statements, who assured that the interconnection with France through the Basque Country and Navarra was not operating 100%, he reiterated that "all capacities must be increased, but also with a new infrastructure", although he has not specified at what percentage these connections operate.

He has also valued the compensatory measures that the Government has put in place to address the impact of prices in the industry and has opted to "accelerate the penetration of renewable energies" in value chains.

He explained that the Strategic Project for the Recovery and Economic Transformation (Perte) of the electric and connected vehicle is in the administrative process and that in mid-October they hope to have a final resolution, in which "Catalonia will be one of the most benefited communities".

And, on the energy saving plan, he has maintained that the Government "is assessing" whether to provide aid, especially for small and medium-sized businesses, for the application of some measures such as the installation of exterior doors.

Asked about the energy saving plan proposed by the PP, she criticized that "it is always behind events" and that the proposals defended by its leader, Alberto Núñez Feijóo, are already on the table, for which she considers that it is not being consistent in defending policies to wear down the Government and against the general interest, he has said verbatim.

Finally, he has advanced that the central Executive is "assessing" measures to address the problems manifested by the cogeneration sector and, regarding the shortage of chips, he has defended the need to create the conditions for them to be manufactured in the country and achieve industrial autonomy.