Results of the Brazilian elections between Lula and Bolsonaro, region by region 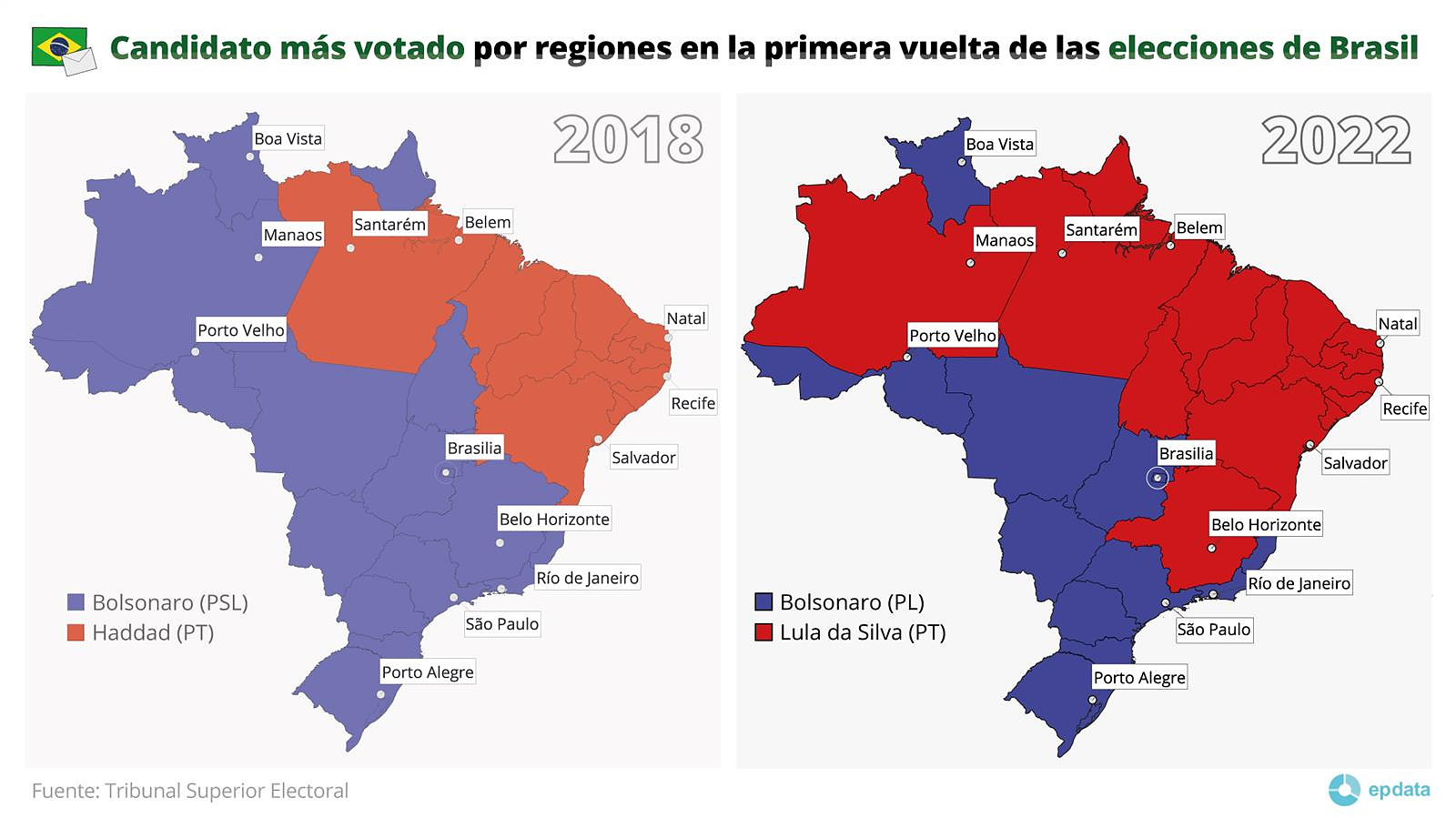 Luiz Inácio Lula da Silva has won the first round of the general elections held this Sunday in Brazil. Having not reached fifty percent in this appointment, he will compete for the presidency of the South American giant on October 30 with the current president Jair Bolsonaro.

As the results of this first clash between Lula and Bolsonaro have shown, the polarization of the Brazilian people not only continues but also leaves two antagonistic proposals more even than might be expected. The Brazilian president has broken all predictions and has obtained 43.3 percent of the votes by 48.2 percent of his rival, a difference of 5.1 points.

Bolsonaro's Liberal Party (PL) has won again in all the states where it was in first position in 2018 except for the regions of Amazonas, Amapá and Tocantis (north) and Minas Gerais (southeast), which have tilted the balance in favor of Lula.

In addition, the PL has once again been in first place in places of political, economic or administrative importance such as the Federal District, where the capital, Brasilia, is located; the State of São Paulo or Rio de Janeiro. And although in these places it has reached a percentage of the vote close to fifty percent, the highest are located in the west, in regions such as Roraima, Rondônia or Acre where it has exceeded sixty percent.

In the case of Lula, he has obtained the highest percentages of the vote in the Northeast region, exceeding 65 percent in Piauí, Bahia, Maranhão, Ceará and Pernambuco. In the Federal District, she has obtained 36.85 percent compared to Bolsonaro's 51.65 percent and close to 40 percent in São Paulo and Rio de Janeiro with a minor disadvantage compared to her rival.