They deny, along with Iberdrola, Cepsa, Engie and Acciona Energía, that they are obtaining extraordinary benefits from the energy crisis. 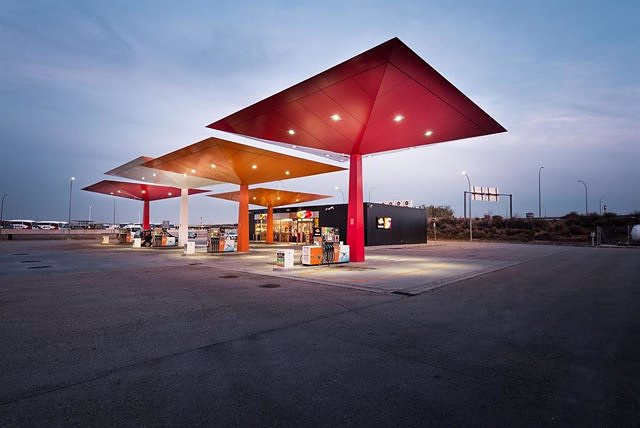 They deny, along with Iberdrola, Cepsa, Engie and Acciona Energía, that they are obtaining extraordinary benefits from the energy crisis

The CEO of Repsol, Josu Jon Imaz, and the CEO of Endesa, José Bogas, have shown themselves in favor of one of the measures that has already been taken in Spain and that is also being valued at European level, the cap on gas, temporarily and in response to an exceptional situation, while they have rejected the tax on energy companies with which the Government will collect 1.2% of the turnover of these companies, some 2,000 million euros.

For the director of the oil company, this measure is "reasonable" in a regulated market and at a time when the price of gas is rising and the rest of the energy sources have good returns, with the aim that consumers can pay prices Lower.

For his part, Bogas described this measure as "correct", during his speech at the 7th Energy Forum of 'El Economista', although he raised objections regarding how it is distributed or the definition of 'benefited client', but In any case, it has celebrated that the prices in the wholesale market have fallen by almost 50%, a percentage that in practice falls to 10% or 15% due to the compensation to the plants that generate electricity with gas and that are charged to the beneficiaries .

Bogas has assured that Spain "has been very active in trying to find solutions to the problems of energy prices", although it has not been able to solve them due to long-term structural problems.

The CEO of Endesa has been convinced that the current energy crisis began before the invasion of Ukraine, due to Russia's actions the year before its armed intervention, when it was reducing the shipment of gas to Europe and thus preparing the ground .

Regarding the tax approved by the Government to tax the supposed extraordinary profits of energy companies in the years 2022 and 2023, Josu Jon Imaz has referred to it as the "three lies" tax -in reference to a popular phrase about the municipality of La Rioja Aldeanueva del Ebro--.

At this point, he has alluded to the fact that Repsol's business is cyclical and that "sometimes you win and sometimes you lose". Thus, he has argued that between 2019 and 2020 the company lost 7,100 million euros due to circumstantial causes and that, currently, if the last few years are taken into account, the company would continue to lose money cumulatively.

For his part, Bogas has denied that there are extraordinary benefits in the electrical activity and has pointed out that "it makes no sense" for income to be taxed. "It seems good to me that if there are extraordinary benefits, a contribution is made, but if there are not, that it is also a tax on income, it is not the solution. The solution is to accelerate the ecological transition, with renewables, electrifying the economy and reinforcing the network of distribution", added Bogas.

For her part, the CEO of Engie Spain, Loreto Ordóñez, has also defended that her company does not obtain 'profits from heaven' due to the current energy situation, given that the energy from its projects "is sold before" and, therefore, Therefore, "it does not take advantage of the volatility of the markets". "We can demonstrate it in the accounts," she stressed.

The CEO of Acciona Energía, Rafael Mateo, the CEO of Iberdrola Spain, Mario Ruiz-Tagle, or the president of BP in Spain, Andrés Guevara, all spoke along the same lines.

Regarding the current situation of energy prices, Imaz has withdrawn that it is due to an energy transition that "is being done wrong and for ideological reasons", such as the prohibition in Spain and the rest of Europe of producing gas when demand is increasing, which drives up prices.

In turn, this increase in gas prices means that countries like Germany have to burn coal as an alternative, which pollutes more and ends up also increasing emissions. Likewise, the importation of gas is resorted to, with the consequent detrimental effect that transport also has on the increase in emissions.

On the other hand, both the CEO of Acciona Energy and his counterpart at Engie advocate promoting renewable energy projects in Spain, but have lamented that the regulation slows down the start-up of the projects.

‹ ›
Keywords:
RepsolEndesa
Your comment has been forwarded to the administrator for approval.×
Warning! Will constitute a criminal offense, illegal, threatening, offensive, insulting and swearing, derogatory, defamatory, vulgar, pornographic, indecent, personality rights, damaging or similar nature in the nature of all kinds of financial content, legal, criminal and administrative responsibility for the content of the sender member / members are belong.
Related News