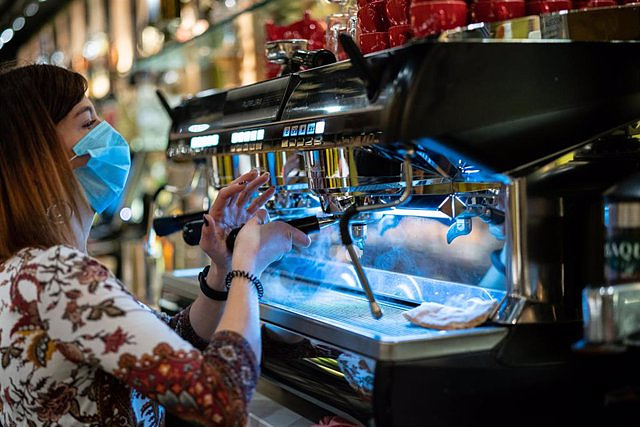 Real wages (that is, discounting the effect of inflation) will fall in Spain twice as fast as they will in the Organization for Economic Co-operation and Development (OECD) as a whole, as reported by the multilateral entity this Friday in a report.

Specifically, the real wages of Spaniards will fall by 4.4% during this year, while in the OECD as a whole the decline will be slightly more than 2%.

"This represents one of the sharpest declines in real wages seen among countries for which data is available, and a substantial cut in workers' purchasing power, as consumer prices in Spain continue to rise to record highs. ", collects the OECD report.

The agency has highlighted that the unemployment rate in Spain is already below its pre-crisis levels, although it has criticized that it is still at a "structurally high" level.

"Entering the labor market [remains] difficult for young people," the entity has criticized, recalling that its unemployment rate is 1.5 higher than that registered before the crisis. This is largely due to job losses in low-income service segments such as hospitality, retail, or transportation.

A relevant aspect of the report presented this Friday, although it refers to the OECD in general, is what is known as 'monopsony', the term that describes the situation in which companies have "unilateral" power when setting salaries and they use it to depress wages and employment below what would exist in a competitive market.

In this sense, the body has recommended that regulators should pay attention to the consequences for workers when examining proposals for mergers and acquisitions. The Paris-based entity has also recommended promoting collective bargaining.

"Minimum wages can also be used to head off the negative effects of monopsony and concentration. Under monopsony, minimum wages, if set at a reasonable level, lower the marginal cost of hiring at the lowest level of the wage distribution" , has explained. In this sense, a minimum wage could raise employment and wages in markets with this characteristic, having a minimal impact on unemployment.

‹ ›
Keywords:
OCDE
Your comment has been forwarded to the administrator for approval.×
Warning! Will constitute a criminal offense, illegal, threatening, offensive, insulting and swearing, derogatory, defamatory, vulgar, pornographic, indecent, personality rights, damaging or similar nature in the nature of all kinds of financial content, legal, criminal and administrative responsibility for the content of the sender member / members are belong.
Related News