Real Madrid wants to get to the derby clean

Real Madrid wants to get to the derby clean. 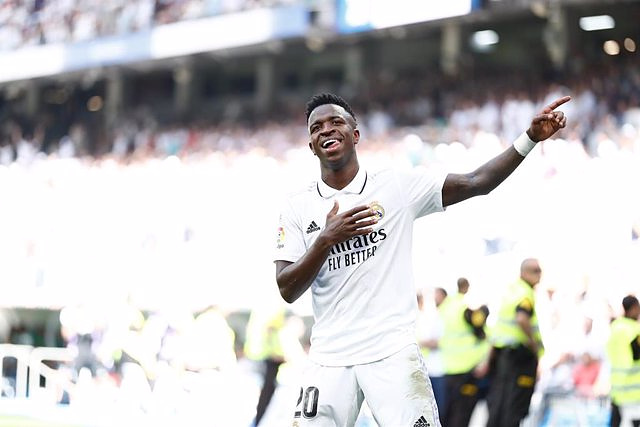 Real Madrid wants to get to the derby clean

Real Madrid will debut this Wednesday in the 2022-2023 Champions League at the Santiago Bernabéu (9:00 p.m.) with the visit of the German RB Leipzig, a rival that has started the season hesitantly and that comes with significant casualties in order to try to be the first to avoid defeat against the current champion.

The Madrid team is having a placid start to the campaign, with not too many scares and in which they have won the seven games they have had to play, the five in LaLiga Santander, their debut in the Champions League and the European Super Cup. A start that reinforces the morale of Carlo Ancelotti's men who hope to stay in this line until the first break of the year.

The 14-time European champion still has this duel against Leipzig and next Sunday's important derby against Atlético de Madrid, in what will surely be the biggest test in this first stretch of the campaign. Saving both with victory would be another emotional boost for a team that saved its first exam without its great goalscorer, Karim Benzema, with a thrashing of Mallorca (4-1).

The Frenchman is still trying to recover from the injury suffered last week at Celtic Park and he won't be in the game at the continental premiere in front of his Real Madrid fans who hope to become strong in their stadium and not live as many agonizing and magical nights as the that occurred last season where almost always suffered.

At the moment, the best news for Ancelotti is that it has been Lyon's squire who has assumed the offensive stripes. Vinicius Junior scored again against the vermilion to chain a good streak of five consecutive games scoring, which caused him to continue without rotating against the Bundesliga team.

The Italian coach has opted for Eden Hazard to fill the gap for Benzema, both against Celtic and against Mallorca, but against Leipzig he could choose to try something else, after having distributed efforts in the last game. Rodrygo Goes took advantage of his starting role with a great goal and a great assist for Vinicius to make it 2-1 and he has a good chance of repeating it, although in a more central attacking position.

Fede Valverde, author of another great goal last Sunday, would advance his position to play again on the offensive right side and this time send Hazard to the bench where Marco Asensio continues without too many opportunities. The Spaniard was angry after not playing for another minute, something that Ancelotti understood that he could try to re-enlist him in this match.

In midfield, Tchouameni, who rested against Javier Aguirre's men, will return to form alongside Luka Modric, who also rotated against Mallorca, and with Camavinga with options to reserve Kroos for Cívitas Metropolitano. Behind, Eder Militao is still out and the Italian coach will have to decide his sides, with Lucas Vázquez injured for the right. Dani Carvajal and Nacho could be the alternatives.

For its part, RB Leipzig arrives at the Saniago Bernabéu to face Real Madrid for the first time in its history, needing to scratch something positive and immersed in some doubts after a somewhat irregular start to the campaign.

The German team fell very clearly defeated in their debut in the Champions League against the Ukrainian Shakhtar Donetsk (1-4), a severe setback that, together with the one from days before against Eintracht Frankfurt, ended up costing the Italian Domenico Tedesco his position.

The club placed its trust in Marco Rose, who does know what it's like to play against Real Madrid, who was already measured in the Champions League 20-21 when he coached Borussia Moenchengladbach, drawing at home a game that he had almost won (2- 2) and then clearly losing at the Alfredo Di Stéfano (2-0).

His arrival revitalized somewhat the team sponsored by the energy drink, which thrashed Borussia Dortmund (3-0) last weekend to add its second victory in the Bundesliga, although the bad news was that it lost an important player like the Austrian Laimer, second level drop in their ranks for this visit after the well-known Spaniard Dani Olmo. Even so, Leipzig will be in danger in attack with the trio made up of Frenchman Christopher Nkunku, Austrian Dominik Szoboszlai and Timo Werner who scored at the Bernabéu on his last visit to Chelsea.