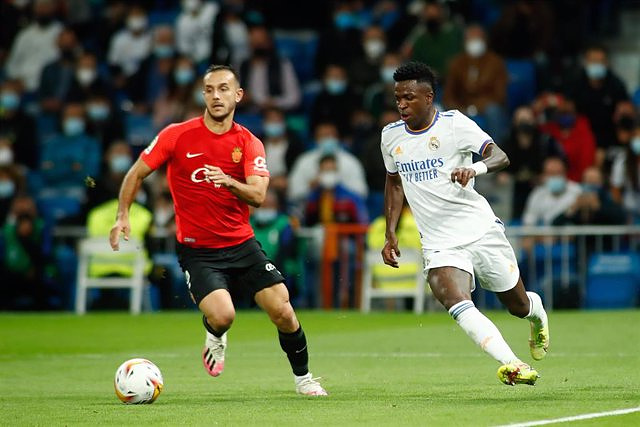 Real Madrid will try not to miss Karim Benzema to continue with its great start to the season and defend its sole lead in LaLiga Santander 2022-2023 with a new victory this Sunday at the Santiago Bernabéu Stadium (2:00 p.m.) against a RCD Mallorca team that He has shown some defensive solidity.

The French forward suffered a muscle injury last Tuesday in the Champions League debut and, at the very least, he will not return until after the next international break, so he will miss the duel against the vermilion team, against German Leipzig on Wednesday and the derby against Atlético de Madrid. Three games that will test the importance or not of having a '9' guarantee reserve for the captain.

For the time being, the current League and European champions made up for the absence of their best scorer at Celtic Park, where, despite some suffering, they ended up adding their sixth consecutive victory of the season, the first with Thibaut Courtois's goal not conceding.

Immersed in the first moment of accumulation and demand of the season, with a double week of three games, the Madrid team will not want to fail in front of their public and arrive at the Cívitas Metropolitano with their perfect start. Mallorca, for its part, will seek to improve its performance from its last visit supported by the greater solidity that Javier Aguirre has given it.

This calendar without respite could cause Ancelotti to choose to refresh his eleven in almost all lines, beyond the forced change of Benzema. Carlo Ancelotti decided in Glasgow to put Eden Hazard in for the Frenchman and now the Italian will bet on the Belgian again after he left good minutes and also boosted his morale with a goal. Rodrygo or even a Marco Asensio who signed a hat-trick last year against his former team may have options for the other gap up front, especially if Fede Valverde rotates or drops to midfield.

The one who seems unlikely to have rest before the loss of '9' is Vinícius Jr who has scored in the last five games, and something similar happens to Tchouaméni in the midfield, starting the last five games where he continues to make giant strides in their adaptation to the position. Luka Modric has options to rest and some less Kroos who barely played against Betis, where Valverde also had rest. Camavinga and Dani Ceballos, who could have his big chance after a long time, are also options to test the Madridista wardrobe in that area.

Back, it also seems that there could be changes. Eder Militao could only play 45 minutes against Celtic due to overload and could leave his place again to Antonio Rudiger, while Nacho and Lucas Vázquez, especially the Galician, have options to enter.

For its part, RCD Mallorca will appear at the Santiago Bernabéu, where they have not won since May 24, 2009 (1-3), after a hopeful start in which the only black mark was the defeat at their stadium against Real Betis (1-2). In addition, good victory in Vallecas (0-2) and draws in San Mamés (0-0) and at home last day against Girona (1-1), due to a goal in the 92nd minute.

Five points and good numbers defensively, since 'Vasco' Aguirre's team has yet to receive a goal this league season in play since the three conceded so far have been from eleven meters. A defensive solidity that he will need against a Real Madrid team that already attacked a lot against Betis.

The Mexican coach has brought back Ghanaian midfielder Baba and striker Ángel and has no noticeable casualties compared to the eleven he is using at the start of the season and who has many signs of repeating himself in this duel, with Vedat Muriqi as the offensive mainstay. The main doubt is between Antonio Sánchez and Clement Grenier.