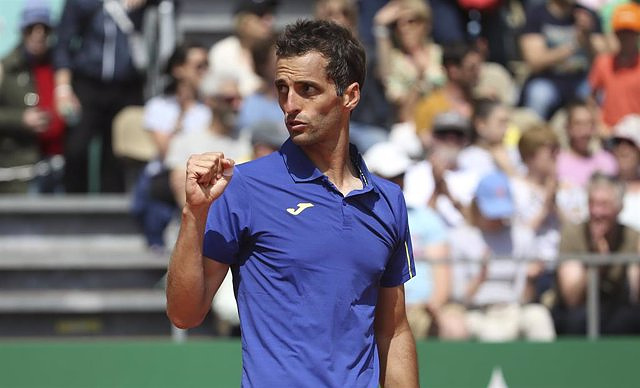 The tennis player Albert Ramos has been summoned this Wednesday by the captain Sergi Bruguera to cover Alejandro Davidovich's loss due to injury in the Spanish team that will play the group stage of the Davis Cup Finals by Rakuten 2022 in Valencia, from 13 to 18 September, as reported by the Royal Spanish Tennis Federation (RFET) in a statement.

The 34-year-old tennis player from Barcelona has played four Davis Cup qualifiers, the last one in the 2018 semifinals against France. Ramos, number 42 in the world, was already on the team in last year's Finals in Madrid, replacing Roberto Bautista, although he did not play.

The Spanish team will face Serbia, Canada and South Korea in Group B, in search of one of the two places that will give access to the knockout stages of the final phase. Spain will debut against Serbia on Wednesday 14 September, will play their second tie against Canada on Friday 16 and will close the group stage on Sunday 18 against South Korea, always starting at 4:00 p.m., at La Fonteta and on a hard court under the ceiling.

On the other hand, Group A will be played in Bologna with Croatia, Italy, Argentina and Sweden. Group C will be decided in Hamburg with France, Germany, Belgium and Australia. And Group D will be played in Glasgow with the United States, Great Britain, Kazakhstan and the Netherlands. The first two classified from each venue will access the Final 8 that will be played in Malaga from November 22 to 27, already in direct elimination format from the quarterfinals.