Queues of 4.5 kilometers to access the funeral chapel of Elizabeth II in Westminster 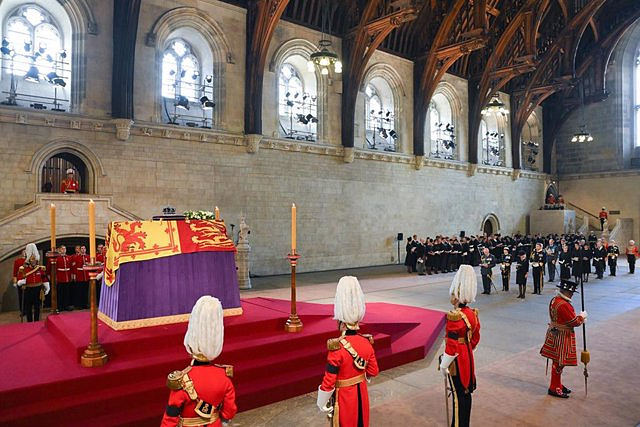 The burning chapel of Elizabeth II in the Palace of Westminster, in London, has opened its doors at 5:00 p.m. (6:00 p.m. in mainland Spain), so that British citizens can come to say goodbye to the monarch, who died last Thursday at the 96 years and after 70 of reign.

As detailed by the British Ministry of Culture, Media and Sport, moments before the doors opened, the queues exceeded 4.5 kilometers in length, with the end of the queue surpassing London Bridge.

In these conditions, the authorities have prepared a guide of recommendations for those who want to approach the Palace of Westminster, and have enabled a broadcast on YouTube providing basic information on the distance of the queues and the closest landmarks.

This same Wednesday the minister of the area, Michelle Donelan, has advanced that the authorities expect "thousands" of people to travel to Westminster, which will cause "extremely long queues that could be up to 30 hours."

The burning chapel will last four consecutive days and uninterruptedly until Monday, when the mortal remains of the monarch will be transferred first thing in the morning to Westminster Abbey, where the state funeral will be held.

The last act in tribute to the monarch will be attended by members of royal houses from around the world, including Kings Felipe and Letizia, and also presidents and heads of state such as the American Joe Biden, the French Emmanuel Macron or the Turkish Recep Tayyip Erdogan. .

‹ ›
Keywords:
Londres
Your comment has been forwarded to the administrator for approval.×
Warning! Will constitute a criminal offense, illegal, threatening, offensive, insulting and swearing, derogatory, defamatory, vulgar, pornographic, indecent, personality rights, damaging or similar nature in the nature of all kinds of financial content, legal, criminal and administrative responsibility for the content of the sender member / members are belong.
Related News