Sánchez believes that in developed economies there must be "high salaries" to "support social investment". 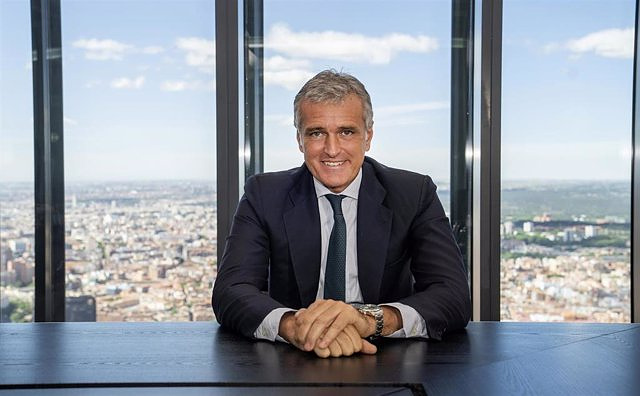 The president of PwC, Gonzalo Sánchez, does not foresee "very strong" economic growth in the coming years and believes that inflation will drop somewhat, but will remain around 4% for a "long time".

Sánchez has held these demonstrations in Bilbao, where he has attended the inauguration of the international entrepreneurship center B Accelerator Tower (BAT), promoted by the Provincial Council of Bizkaia and the Bilbao City Council and which will be operated by PwC in alliance with Talent Garden and Impact Hub.

At the opening ceremony, he stated that it is at a time when it seems that "the most important thing is whether to enter a recession or not or whether it grows or decreases by 1%" when, in his opinion, that is not is what is important, but to prepare for an economic model that is changing.

"We are going to face a model with inflation that will go down -- there will not be inflation of 9%, but there will be constant inflation around 4% for a long time -- with interest rates that are on the rise and They will probably continue to rise in the coming months and we will never see interest rates like those of the past," he said.

Along with this, regarding growth, he has anticipated that there will be "peaks", but foresees that "it will not be a very strong growth in the coming years". "We are going to have to play with high inflation, interest rates probably below inflation and low growth. We have to prepare to navigate that storm and it will not be easy," he added.

Sánchez has also affirmed that developed economies are those that are identified with "high" levels of well-being, per capita income, infrastructure and technological progress, implying "necessarily achieving, among other things, high wages to support social investment."

This model requires production with added value in order to set "appropriate prices" and transfer the casuistry of costs to the market and also have "high productivity" in order to sustain "margins and social investment".

As indicated, this need is even more evident in an environment like the current one with "higher energy costs, with a higher price of all consumption due to inflation and with higher personnel costs due to the lack of human capital".

In relation to ways to improve productivity, he has indicated that there is consensus on two key elements, which are technology and innovation. In this sense, he has indicated that Europe continues to be a world economic power but its business activity has lost weight compared to economies such as the United States or China.

Specifically, the weight of the European economies in global capitalization and profits has been halved in the last two decades and Europe has suffered a slowdown in its productivity growth and is 14.5% lower than that of the United States. Joined.

"But the truth is that we have all the necessary capacity so that these figures are not like that, we achieve more with less and in fact the income generated in the State by innovative products exceeds 15% of the total income of companies while the average Europe is around 13%, so it is not a problem of return on investment and we also know that it is possible to achieve improvements in productivity with realistic levers such as investment in technology," he added.

Sánchez has indicated that it is estimated that 1% growth in productivity can be achieved just by exploiting digital opportunities with technologies such as artificial intelligence, blockchain or high-performance computing.

‹ ›
Keywords:
PwC
Your comment has been forwarded to the administrator for approval.×
Warning! Will constitute a criminal offense, illegal, threatening, offensive, insulting and swearing, derogatory, defamatory, vulgar, pornographic, indecent, personality rights, damaging or similar nature in the nature of all kinds of financial content, legal, criminal and administrative responsibility for the content of the sender member / members are belong.
Related News