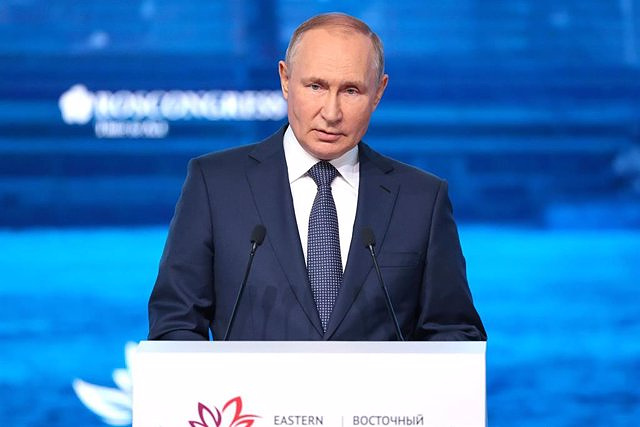 Russian President Vladimir Putin said on Wednesday that Moscow "is ready" to open the Nord Stream 2 gas pipeline after the indefinite closure of Nord Stream 1 due, according to the Russian version, to problems of oil leaks.

During his attendance at the Eastern Economic Forum, the Russian president stated that the start-up of Nord Stream 2, one of the ways to increase gas supplies to Europe, depends on "appropriate technologies", mechanisms that Moscow assures has already developed, according to the TASS news agency.

Likewise, he has emphasized that it is only necessary to "press a button" to open this gas pipeline. Putin has also explained that the German firm Siemens "does not respond to Gazprom's requests" in the framework of the dispute over the damaged turbine in recent months.

It must be remembered that the Russian giant announced the indefinite closure of the Nord Stream 1 gas pipeline after an oil leak was detected, according to the Russian version, during maintenance work on the only turbine that was still active.

Due to the dispute between the German firm Siemens, manufacturer of the turbine supposedly damaged in the gas pipeline, and the Russian gas company Gazprom, some German politicians, such as the Vice President of Parliament, Wolfgang Kubicki, chose to ask Russia to open the Nord Stream 2 before the cuts of the Nord Stream 1, now closed indefinitely.

However, the German government coalition made up of the Social Democratic Party (SPD), the Free Democratic Party (PDL) and the Greens distanced themselves from these requests. Even Ukrainian Foreign Minister Dimitro Kuleba called on Germany not to become "addicted" to Russian gas.

On the other hand, Putin has stressed that Russia has no problem "selling its energy resources to the world", given its "excellent" relationship with China, while, on the other hand, the European market has changed "very quickly" and has stopped be "premium".

"The demand (for energy resources) is so great in world markets that we have no problems with implementation," the Russian president commented, adding that Russia's "agreements" with different countries are "stable."

In this regard, he stressed that the Power of Siberia gas pipeline, which works thanks to Moscow's agreement with the China National Petroleum Corporation (CNPC), "is working at full capacity." Putin has also advanced that "all the main parameters" have been agreed with Beijing to expand the gas pipeline to countries such as Mongolia.

Russia sells to China gas from fields in eastern Siberia, which are not connected to its gas pipelines to the west, although Gazprom is working on the construction of an interconnector that in the future could allow it to redirect gas from its European neighbors to new clients in Asia.