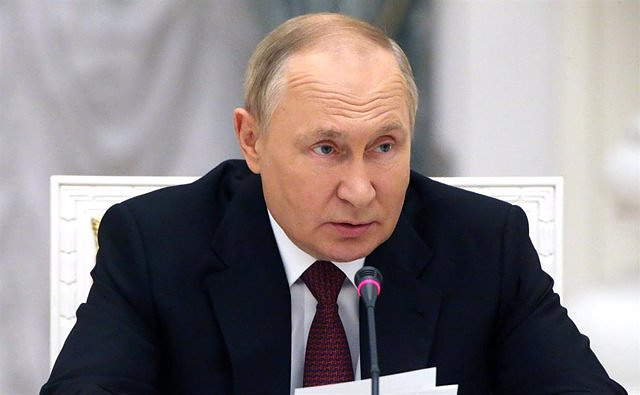 Russian President Vladimir Putin has asked the country's arms industry to increase its production capacity to make up for the lack of arms supply in "the military operation" that the country is carrying out in Ukraine.

"It is necessary to increase the production capacity of various companies in the defense industry and, when necessary, modernize them," the Russian president said during a meeting with the heads of Russia's large arms production companies, according to a statement. of the Kremlin.

To this end, Putin has announced a simplification of the contract and pre-contract procedures of arms companies with the State, at the same time that he has set prices for said agreements in order to reduce costs and increase the volume of production.

Likewise, it has underlined the importance of solving "the problem of the supply of components", and has urged the substitution of imports from third countries by the manufacture of Russian parts, assemblies and materials.

"It is necessary to increase production capacities in the shortest possible time, maximize equipment load, optimize technological cycles and, without compromising quality, reduce production time," the Russian president added, according to the letter.

Still, he has praised the country's defense industry workers, who reportedly travel to the front lines with Ukraine to "improve products, based on the experience of real combat operations."

"This is not just a responsible attitude towards business, it is, to a certain extent, heroism. This makes a great contribution to the improvement of military equipment used in the course of hostilities," Putin said.

He also welcomed the fact that the Russian weapons used during the invasion of Ukraine would show "high efficiency", and more specifically in relation to aviation, long-range missiles, artillery rockets, and armored weapons.

The Russian president has assured that the "high efficiency" of the weapons used by the Russian Armed Forces "allow to destroy military infrastructure, command posts, enemy equipment, attack the locations of nationalist formations and minimize losses between the staff".

Meanwhile, he has emphasized that the military equipment "resists" Western models of weapons, which would allow Russia to study NATO's arsenals to "qualitatively" increase its capabilities.

"We can study the arsenals, what is there and what is used against us, qualitatively increase our capabilities and, based on the experience gained, improve our equipment, our weapons, where necessary. This process is natural and, of course, must be used. This must be done as quickly and efficiently as possible," added the Russian president.