Putin announces a "partial mobilization" of the population in Russia 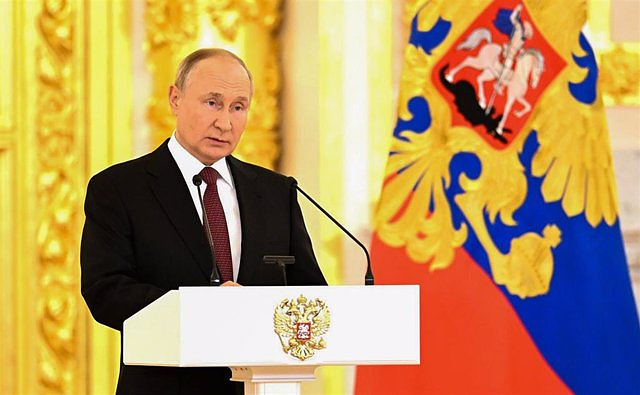 Russian President Vladimir Putin announced on Wednesday a "partial mobilization" of the population in the midst of the war in Ukraine, where Russian forces have suffered several setbacks in recent weeks as a result of a series of counter-offensives by Ukrainian troops.

The president explained that the activities related to this mobilization will start this Wednesday and has stressed that only reservists, mainly those with experience, will be called up, according to the Russian news agency TASS.

Putin's announcement came in a speech earlier in the day, after his statements, scheduled for Tuesday afternoon, were postponed several times for unspecified reasons.

During the day on Tuesday, the chairman of the Defense Committee of the State Duma, Andrei Kartapolov, had said that speculation about a general mobilization was "absolutely unjustified." "There will be no general mobilization, he told the 'Parlamentstaya Gazeta' newspaper.

Hours earlier, the Lower House of the Russian Parliament had approved a series of amendments to the Criminal Code to toughen prison sentences for acts committed during wartime, including surrender, desertion and looting.

The project, which includes the concepts "mobilization", "martial law" and "war period", previously not mentioned in the Russian Penal Code, will be reviewed this Wednesday by the Federation Council --the Upper House-- with a view to for approval and forwarding to the president for ratification.