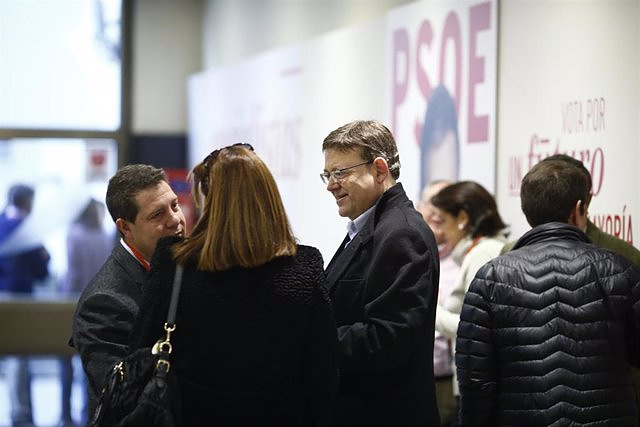 The Valencian president, Ximo Puig, has reminded his counterpart from Castilla-La Mancha, Emiliano García-Page, that "we must try to be consistent" after his discrepancies with the Government's strategy of criticizing the Popular Party because in the Federal Political Council that the PSOE celebrated last Saturday there was a "generalized" agreement regarding a political strategy.

Puig expressed himself in these terms in an interview on TVE, collected by Europa Press, when asked if he understands Page's criticism. "I am not here to comment on the statements of other presidents, but it is true that there is a fundamental value that is consistency," he added.

"A few days ago there was a meeting of the Federal Council in Zaragoza. There was a general agreement regarding a political strategy and I think that we must try to be coherent, nothing more", assured the socialist baron.

Puig has assured, in this key, that in the PP things have not improved "much" since the time of Casado and that there is "nothing new under the sun" neither for the governability of Spain nor to carry out agreements.

"Mr. Feijóo has not contributed much to this moment, another thing is the personal attitude and, of course, my respect always", he has settled the matter in this way.

‹ ›
Keywords:
PSOEPPXimo PuigEmiliano GarcíaPage
Your comment has been forwarded to the administrator for approval.×
Warning! Will constitute a criminal offense, illegal, threatening, offensive, insulting and swearing, derogatory, defamatory, vulgar, pornographic, indecent, personality rights, damaging or similar nature in the nature of all kinds of financial content, legal, criminal and administrative responsibility for the content of the sender member / members are belong.
Related News