PSOE, Unidas Podemos and their partners knock down in Congress the 'antiokupas' law of the PP 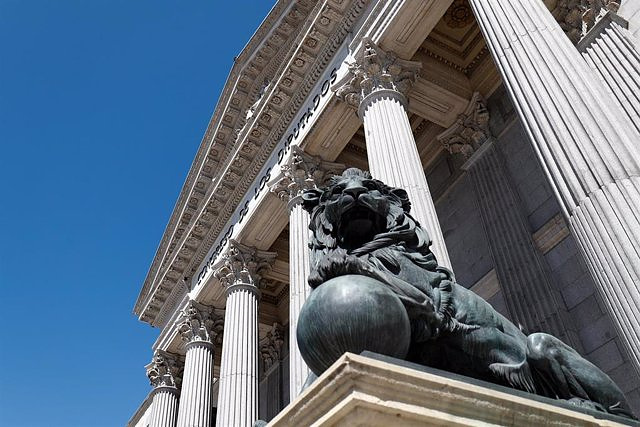 The PSOE, Unidas Podemos and their usual parliamentary partners have rejected this Tuesday that the Plenary of Congress process the 'antiokupas' law registered by the PP, which sought to ensure that the eviction is "immediate", that the 'squatters' cannot be registered in these homes and that the penalties be tougher in the event that this practice is promoted by mafias.

In his response to the 'popular' Mario Garcés, in charge of presenting the initiative, critics of the bill have accused his group of seeking to generate "social alarm" with this matter and of wanting to legislate to favor large homeowners instead of acting thinking about the origin of the 'squatting', which is the difficulties in accessing housing in Spain.

This has been done, for example, by the socialist Sonia Guerra, who has recalled that this matter is going to be the subject of analysis via amendments to the law on organizational efficiency of the Justice to fight the mafias and make it easier for evictions to be carried out in a maximum period of 48 hours.

On behalf of United We Can, Pilar Garrido, has charged against the PP for proposing "too simple solutions to complex problems." "They solve everything by putting people in jail for a bunch of years, when to protect private property the best thing is to guarantee the right to decent housing," he asserted, before once again demanding that his PSOE partners prove the new Housing Law.

Carolina Telechea, from ERC, has criticized the PP for deploying this "smoke screen" so that this social problem is not discussed, and has reproached it for seeking to "benefit" people, companies or funds that own real estate but not the private homeowners, "stigmatize the most disadvantaged people" and "confuse people" because "express evictions do not exist".

Bildu deputy Oskar Matute pointed out that last year there was "an eviction every 15 minutes" in a country with more than three million empty homes, mostly banks and vulture funds. "There were 41,539 evictions compared to 17,274 complaints for squatting, including usurpation and trespassing," he pointed out, before stressing that Spain "is among the 30 safest countries in the world", but is "the first in Europe and the fourth in the world in alarm installation" thanks, in his opinion, to the right-wing campaigns with issues like this.

Along a similar line, the Compromís deputy, Joan Baldoví, has accused the first opposition party of "looking at the finger", in reference to the 'squats', "instead of the Moon", the difficulties of the people to exercise a constitutional right, and also to work "as always" for "vulture funds, banks and Securitas Direct".

Josep Pagès, from Junts, has admitted that there is a problem of access to housing, but has called for measures to also be taken to deal with the "criminal" aspect of the 'squatting', although he has rejected "entering into a punitive race" such as, In his opinion, he defends the PP.

VOX AND Cs DO SUPPORT IT

On the contrary, they have advanced their support for the processing of the bill Edmundo Bal, from Ciudadanos, and Cristina Esteban, from Vox, who have taken the opportunity to shell out their own measures on the matter. "This is a bit like groundhog day, let's see if they vote since yes and we can get this problem out of the way," the orange deputy admitted.

They have also been favorable to the processing of the 'popular' initiative Genís Boadella, from PDeCAT; Isidro Martínez Oblanca, from Foro Asturias, and José María Mazón from the Regionalist Party of Cantabria. For his part, Mikel Legarda, of the PNV, has announced his abstention and has referred to the regulation on this matter that Congress is about to address.

‹ ›
Keywords:
PSOEPodemosPPMovimiento Okupa
Your comment has been forwarded to the administrator for approval.×
Warning! Will constitute a criminal offense, illegal, threatening, offensive, insulting and swearing, derogatory, defamatory, vulgar, pornographic, indecent, personality rights, damaging or similar nature in the nature of all kinds of financial content, legal, criminal and administrative responsibility for the content of the sender member / members are belong.
Related News