They agreed to transfer their backs to the owner fund of 40% of their rights. 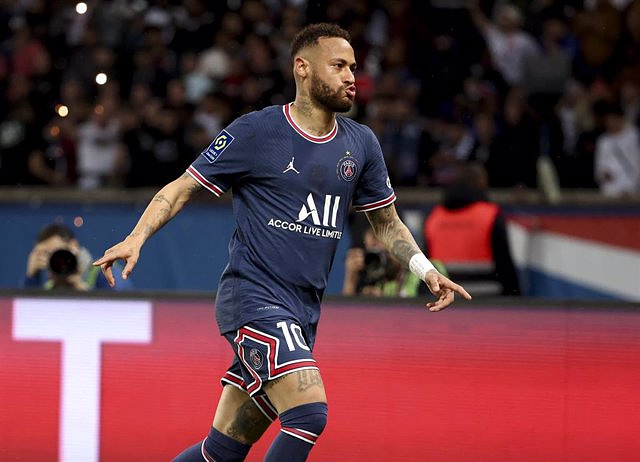 The Prosecutor's Office has asked to sentence the soccer player Neymar to two years in prison for alleged corruption and fraud in the contract for his signing at FC Barcelona, ​​and for the same reason demands a sentence of five years in prison for the then Blaugrana president, Sandro Rosell .

The indictment, consulted by Europa Press, states that Rosell, as president at the time, began negotiations to sign Neymar in 2011, when he played for Santos FC and had a contract until 2014 with a termination clause of 65 million .

Rosell and Neymar's father, who represented the footballer, agreed that Barça would pay the player 40 million to secure his signing in 2014, when he was released from Santos, and that they would advance 10 million at the time on the condition that Neymar had to return the money if you reneged on the agreement.

This agreement made Neymar promise to sign for Barça in the future in 2011, and the prosecutor points out that this prevented "other clubs from participating freely in the market."

The agreement was closed with two contracts and Barça paid him the 10 million advance, and the other 30 were distributed in two more payments: one in 2013 and another in 2014.

The prosecutor adds that, in addition to altering the transfer market, this harmed the DIS fund, which had a percentage of his economic rights and was deprived of the possibility that Neymar could obtain a larger amount for his transfer if he had entered the market of transfers.

The prosecutor's brief also states that Rosell and the then first vice president, Josep Maria Bartomeu, agreed in 2013 to anticipate the signing "without having the authorization of the board of directors", in a decision that involved acquiring the federal rights of the striker.

As a result of this advance of the signing, Rosell offered the footballer a higher salary than agreed, who asked for a higher premium to join Barça a year earlier than agreed, but wanted to hide this surcharge compared to what was expected.

According to the prosecutor, an agreement was also reached with Santos FC to pay the federative rights directly, "thus avoiding paying the corresponding 40% to the DIS fund" on these rights.

In this case, the Prosecutor's Office has demanded a fine of 10 million euros for both Rosell and Neymar, in addition to the prison sentences of five and two years, respectively, that it has asked to impose on them.

He also attributes to the player's father an alleged crime of corruption in business, for which he has asked the court to sentence him to two years in prison and a fine of 10 million euros.

Also accused in the case are a representative of Santos FC, whom the prosecutor claims three years for alleged fraud, and FC Barcelona as a legal person.

For the Blaugrana club, the prosecutor demands a fine of 8.44 million for the alleged crimes of corruption in business and fraud, and for the Brazilian club he has requested a fine of 7 million for alleged fraud.

The prosecutor has asked to file the case for former president Bartomeu, because, although he participated in the signing of one of the contracts, there is no evidence that he knew that the negotiation was being carried out with his back to the DIS fund and "outside the Fifa regulations ".

‹ ›
Keywords:
Sandro RosellNeymarFútbol Club BarcelonaCrímenesCorrupción
Your comment has been forwarded to the administrator for approval.×
Warning! Will constitute a criminal offense, illegal, threatening, offensive, insulting and swearing, derogatory, defamatory, vulgar, pornographic, indecent, personality rights, damaging or similar nature in the nature of all kinds of financial content, legal, criminal and administrative responsibility for the content of the sender member / members are belong.
Related News