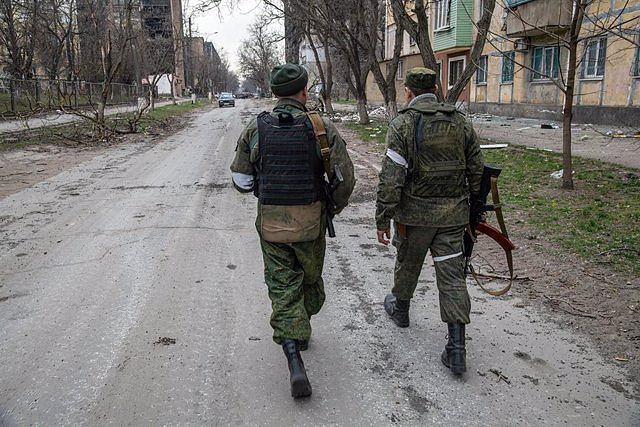 The authorities of the self-proclaimed People's Republic of Donetsk have denounced this Friday the death of 40 Ukrainian prisoners in an attack by the Ukrainian Army against a prison in the town of Yelenovka, without kyiv having ruled for now on what happened.

The Deputy Minister of Information of the Donetsk People's Republic, Daniil Bezsonov, has pointed out that the attack would have been carried out with a HIMARS -a multiple launch rocket system-, including "a direct hit against a building that houses prisoners," according to the Russian news agency TASS.

"The result for now is 40 dead and 130 injured. We are still removing the rubble. The figures could increase," he said.

For his part, the head of the Donetsk Regional Military Administration, Pavlo Kirilenko, has indicated that during the day on Thursday eight civilians died due to attacks by Russian forces. Thus, he has noted in his Telegram account that three people died in Bakhmut, two in Toretsk, and one in Orlivka, Hirnik and Soledar.

"Another 19 people were injured. At this time it is impossible to establish the exact number of victims in Mariupol and Volnovakha," he stressed. "All Russians will have to be held accountable for their crimes on our land," Kirilenko has settled.

The war in Ukraine broke out on February 24 after the invasion order signed by Russian President Vladimir Putin, who days earlier had recognized the independence of the self-proclaimed republics of Donetsk and Lugansk (east), the scene of an armed conflict since 2014.