Private activity in the eurozone contracts in August for the second consecutive month, according to the PMI index 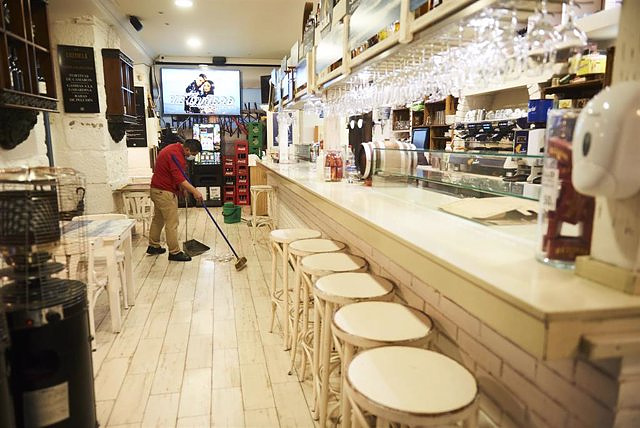 The activity of companies in the euro zone as a whole during the month of August registered a contraction for the second consecutive month, as reflected in the Purchasing Managers' Index (PMI), prepared by S

"A second month of deteriorating business conditions in the euro zone raises the possibility that GDP will contract in the third quarter. In August, total activity fell at a rapid pace, with companies and households reducing their spending in amid the recent rise in inflation and growing uncertainty about the economic outlook," said the chief economist at S

The firm has indicated that the weak activity reflected falling demand, and in turn, new orders also declined at a faster pace.

"The drop in activity was largely due to worsening demand, as strong inflationary pressures and subsequent cost-of-living concerns caused customers to postpone their purchasing decisions," the report said.

By country, Germany recorded its worst level in the last 27 months, standing at 46.9 points, while France reached its worst figure for 17 months (50.4 points). Italy's index was 49.6 integers, the best data in two months, while Spain's reached its lowest since February, with 50.5 points.

"Looking ahead, an increased pace of lost new orders in August suggests the slowdown in overall activity could accelerate in September, with companies already cutting their hiring due to lower-than-expected sales, rising costs and concern about future growth prospects," added Williamson.

‹ ›
Keywords:
Standard & Poors
Your comment has been forwarded to the administrator for approval.×
Warning! Will constitute a criminal offense, illegal, threatening, offensive, insulting and swearing, derogatory, defamatory, vulgar, pornographic, indecent, personality rights, damaging or similar nature in the nature of all kinds of financial content, legal, criminal and administrative responsibility for the content of the sender member / members are belong.
Related News