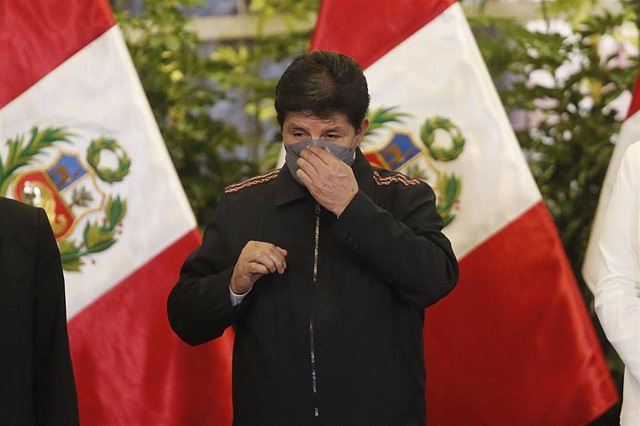 The president of Peru, Pedro Castillo, has finally gone to the headquarters of the Prosecutor's Office to testify about the alleged irregular promotions within the Armed Forces after the Public Ministry rejected the request of the president's lawyers to give their testimony since the Government Palace.

Castillo arrived at the Prosecutor's Office around 8:30 am (local time) accompanied by his lawyers Eduardo Pachas and Benji Espinoza. The latter was the one who on Wednesday made public the request to testify from the Government Palace, taking advantage of an article of Peruvian law that provides for it.

"I support my defense lawyers regarding the fact that I have the right to testify in the Government Palace, however, I have asked them to accompany me to the Prosecutor's Office to defend my innocence and always collaborate with Justice," Castillo has previously indicated on his networks. social.

The Peruvian Prosecutor's Office has rejected Espinoza's request, arguing that the legislation contemplates that testimony can be given from home in case of being called to testify as a witness, a situation that is not that of President Castillo, who is called under investigation. , according to RPP.

Castillo is therefore at the headquarters of the Prosecutor's Office to testify in the case of a series of alleged irregular promotions within the Armed Forces. He will have to do the same next week in the framework of a case on alleged obstruction in the capture of fugitive ministers.