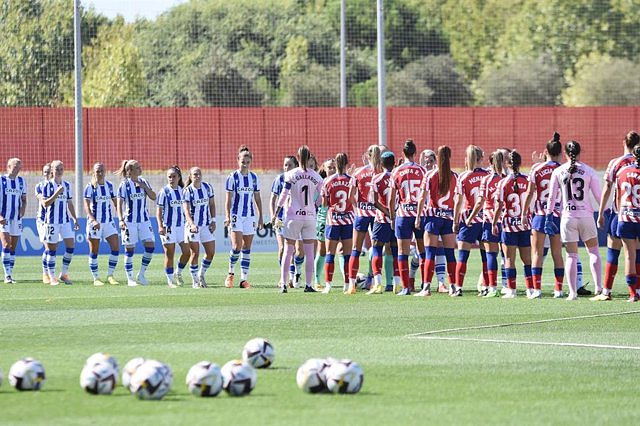 The first two games of the first day of the F League, the First Division of women's football that debuts its professional status, have been definitively postponed this Saturday due to the non-appearance of the designated referees as a protest against their employment and economic situation.

Neither Atlético de Madrid-Real Sociedad nor Alhama-Madrid CFF, both scheduled for 12:00, have not been able to take place after the referees have not appeared after the 30-minute courtesy. Everything points to the same thing happening in the matches scheduled for this afternoon, Villarreal-Real Madrid and UDG Tenerife-Athletic Club.

"Many years working and dreaming of this day. Today we have tried to play, they have not let us. This afternoon we will try again. And tomorrow. And next week. And always. Out of respect for our fans, our soccer players. Out of respect to women's football. Shame. Enough already!", Said the F League on its official profile on the social network Twitter.

On Thursday, less than two days before the start of the season, the assistant referees and referees showed their "unanimous" refusal to whistle the F League matches in protest at "the current conditions of uncertainty" of their "labour and economic" situation ".

The following day, the Professional Women's Soccer League (LPFF) warned that it would not accept "any blackmail from any group or institution" and that it would not suspend the first day, requesting the intervention of the Higher Sports Council (CSD), which in turn showed this Friday its support for the female arbitration group.