They will be used by Citizen Security personnel and the population will be informed of their use. 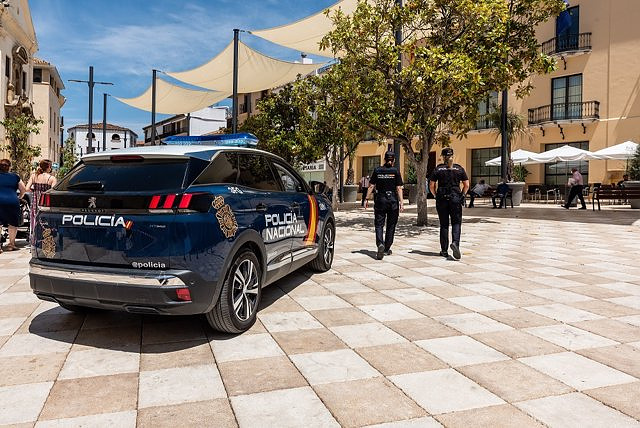 They will be used by Citizen Security personnel and the population will be informed of their use.

Agents of the National Police will be able to use Unipersonal Recording Devices (DGU) during their interventions starting next Monday, August 8. In principle, these cameras acquired by the Ministry of the Interior will be used by troops on citizen security missions.

In an official letter to which Europa Press has had access, the Subdirectorate General for Logistics and Innovation of the Ministry of the Interior reports the acquisition of Single Person Recording Devices --Model AB3-- intended for the Directorate General of the Police (DGP), whose agents will be able to use it during their functions aimed at "guaranteeing citizen security".

In this sense, the assignment of said devices will be carried out "collectively" to the various units and services, and, according to the Interior, they will have the character of "an element of police equipment, of a collective nature and for one-person use".

The cameras will be activated manually by the personnel who require their use, or automatically when "these devices are linked with other police-equipped devices."

Of course, "timely publicity" will be given to spread to the public the implementation of the use of these instruments as a new tool for police use, as well as to inform of the possibility of exercising the "right of access, rectification, deletion and limitation of treatment".

After the information provided by the Ministry of the Interior, the JUPOL union has expressed to Europa Press that it values ​​"with good eyes" that "once and for all" the General Directorate of the Police provide personal cameras to agents assigned to areas of citizen security.

The union has recalled that it is a request that it has been making for a long time and that "one time after another" had been postponed by the DGP, which, according to what it has disfigured, "demonstrates once again the limited capacity for dialogue" that the DGP has. General Directorate with trade union organizations. "That is why JUPOL has had to present the Collective Conflict before the Ministry of the Interior", he underlined.

However, the decision to implement the DGU has been received with "satisfaction" in JUPOL, from where they have highlighted the increase in security, "both physical and legal", that these devices will provide to the police in their interventions.

"Until now, there were many agents who already carried this type of camera, acquired by them, and which allowed them to record their actions on the streets and be able to use the images collected in case there was any complication during the service", has remembered the union.

‹ ›
Keywords:
Ministerio Del InteriorPolicía
Your comment has been forwarded to the administrator for approval.×
Warning! Will constitute a criminal offense, illegal, threatening, offensive, insulting and swearing, derogatory, defamatory, vulgar, pornographic, indecent, personality rights, damaging or similar nature in the nature of all kinds of financial content, legal, criminal and administrative responsibility for the content of the sender member / members are belong.
Related News