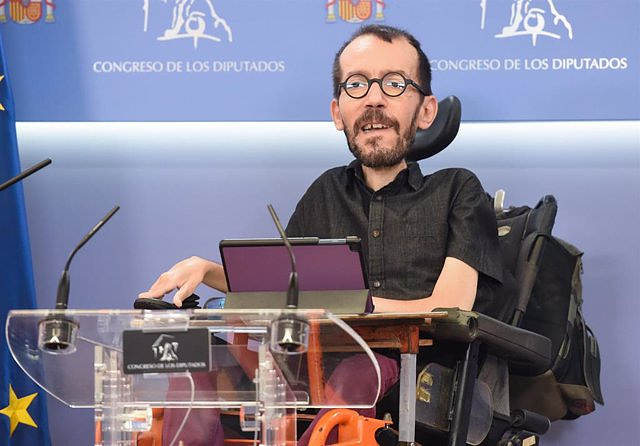 The spokesman for United We Can in Congress, Pablo Echenique, has expressed his "absolute condemnation" of the decision of Russian President Vladimir Putin to undertake a "partial mobilization" of the population in the midst of the war in Ukraine.

In statements to the media in the corridors of Congress, he described Putin's plans as "terrible news", which will foreseeably mean an "escalation" of the conflict and its prolongation.

"We condemn this speech by Putin", Echenique has emphasized to insist that it is the "worst news" for those who defend, like United We Can, an immediate ceasefire and a peace agreement "as soon as possible".

‹ ›
Keywords:
PodemosVladimir PutinUcraniaPablo Echenique
Your comment has been forwarded to the administrator for approval.×
Warning! Will constitute a criminal offense, illegal, threatening, offensive, insulting and swearing, derogatory, defamatory, vulgar, pornographic, indecent, personality rights, damaging or similar nature in the nature of all kinds of financial content, legal, criminal and administrative responsibility for the content of the sender member / members are belong.
Related News