He says that there is still no proposal to reform the crime of embezzlement and that, when it becomes official, they will study its repercussions. 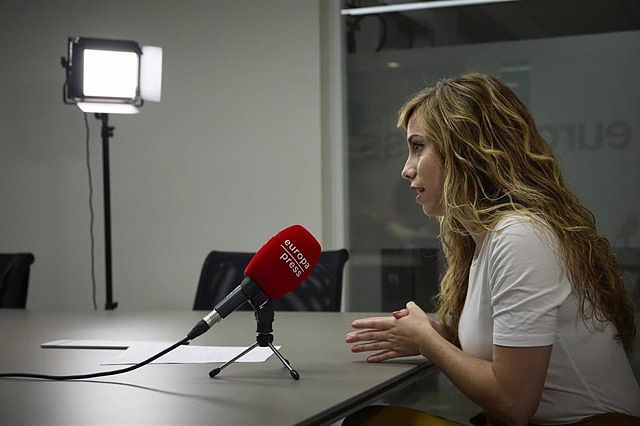 He says that there is still no proposal to reform the crime of embezzlement and that, when it becomes official, they will study its repercussions

Podemos has warned that the reform to repeal the crime of sedition for that of aggravated public disorder raises concern for the possibility that it will lead to interpretations that criminalize the peaceful proposal, and in this sense they will study in the parliamentary processing of the bill if amendments are necessary.

In turn, the purple formation has admitted that it did not participate directly in the negotiation with the PSOE for this initiative, assumed from the second vice president held by Yolanda Díaz, and the president of the confederal parliamentary group and representative of the 'commons', Jaume Asens .

This has been transferred in a press conference by the state co-spokesperson of Podemos, María Teresa Pérez, to highlight that the repeal of the crime of sedition is "very good news" because it was "anachronistic" and they have been "claiming for a long time". And it is that her position is that the conflict in Catalonia is resolved from "politics" and not from the judicial sphere.

On the other hand, and regarding the option of also modifying the crime of embezzlement with an eye on those convicted of the 'procés' and if she feared that it could benefit cases such as that of former Andalusian president José Antonio Griñán if it were undertaken, the leader of the purple formation has explained that for now there is no concrete proposal, but that if it comes up they will study it.

However, and regarding the proposal already registered between the PSOE and United We Can, Pérez has acknowledged that they are somewhat concerned that the wording of the crime of aggravated public disorder can be interpreted to "criminalize the protest."

Consequently, he has pointed out that during the parliamentary process possible changes can be assessed to "improve the text", as occurs on "many occasions".

This fear objected by the formation occurs precisely in a climate of tension and distancing with Díaz, after the demand for respect to converge with Sumar manifested in the 'Uni of autumn'.

Podemos's position is similar to that expressed by former second vice president Pablo Iglesias last Friday, who considered the abolition of the crime of sedition a "democratic advance" but warned that it would make no sense for its elimination to conclude with the incorporation "by the back door of other criminal types to criminalize social protest".

He also believed that members of Podemos were studying in detail a reform that had been carried out with "enormous secrecy", defending in turn that there was a "consensus throughout the left that no reform can help social activists who practice civil disobedience or protesting in the street can be found with new criminal types that serve to criminalize social protest".

Sources of the negotiation have indicated to Europa Press that the chief executive, Pedro Sánchez, and the second vice president, Yolanda Díaz, have been coordinated in this legal reform, considering that the correct thing was to modernize the Penal Code to adapt to the framework of the "more advanced" European democracies. And this implied both eliminating this criminal type properly and reducing penalties.

On the other hand, the Minister of the Presidency, Félix Bolaños, held negotiations within the socialist wing with Asens, who on Friday stressed that the repeal of the crime of sedition was a goal set for three years and that they have achieved.

In this way and as has been claimed, the minority partner's theses consisted of pardons, negotiating table and repealing sedition, which have come to fruition in this legislature.

Within the purple formation they have shown caution with some edges of the text, especially due to possible affectation to the interpretation that the police forces and judges make of this crime in the event of daily social protests, and that they attribute to the PSOE, which has exercised its position of majority strength in the Executive.