Denounces the human rights violations committed in this war, targeting Russia, but warns that "it is not an isolated case". 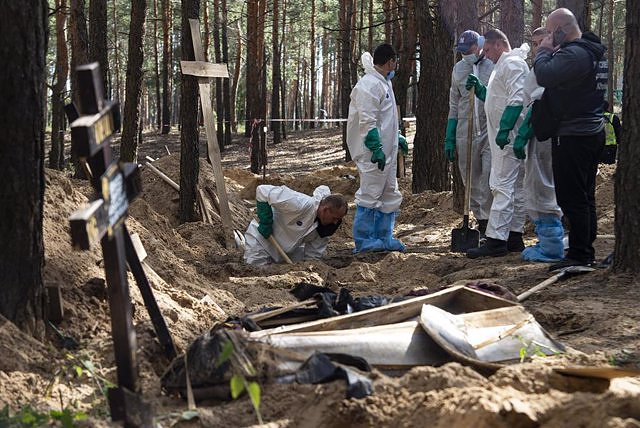 Denounces the human rights violations committed in this war, targeting Russia, but warns that "it is not an isolated case"

Unidas Podemos wants the Government to promote that the different bodies of international justice investigate and prosecute the crimes and violations of Human Rights committed by the armies in conflicts such as the one in Ukraine, since it is not an isolated case.

The 'purples' have presented a non-legal proposal, to which Europa Press has had access, for which they want Congress to urge the Executive, of which they are a part, to work within the UN and other organizations international organizations to enforce International Law and thereby prevent this type of action from going unpunished.

Thus, they want the Government to promote within the UN and related instances "the establishment and reinforcement of the mechanisms and resources dedicated to the investigation of cases and the monitoring and control of the activity of the armies that participate in armed conflict" with with a view to "guaranteeing their compliance with applicable international legislation and the Universal Charter of Human Rights".

On the other hand, they maintain that the Government must promote "actively" within the framework of the International Criminal Court (ICC), the International Court of Justice (ICJ), the Court of Justice of the EU and other related instances, "the investigation and prosecution of the crimes and violations of Human Rights committed by the troops of the armies participating in the different armed conflicts that take place in the world".

In its explanatory statement, Unidas Podemos refers above all to the war in Ukraine, although it makes it clear that "it is not an isolated case." "Similar situations occur within the framework of other armed conflicts such as those in Lebanon, Iraq, Ethiopia, Armenia-Azerbaijan, Syria or Palestine," added the text, presented by Deputy Antón Gómez Reyno.

"The episodes that occurred in Bucha and other cities in Ukraine, where hundreds of civilian corpses with signs of violence have appeared, to which are added testimonies of rapes, assaults, abuses and murders of people who do not participate in the armed conflict at the hands of of the Russian troops, or the use of weapons and projectiles not allowed by International Law, once again focus on the crimes and violation of Human Rights practiced by the armies that in most cases go unpunished" , complaint.

Unidas Podemos recalls that "according to International Law, genocide, torture, forced population transfers, rape and other serious forms of sexual violence, murders, when committed in the course of an armed conflict, are condemnable and prosecutable as violations of Human Rights and as war crimes".

However, "except for specific cases," most of these crimes "have gone unpunished, or in some cases investigated by international organizations and NGOs but never prosecuted." This situation, in the opinion of the 'purples', only favors this type of behaviour, in which both the combatant troops themselves and their military and political leaders are involved".

‹ ›
Keywords:
UcraniaPodemosCrímenes
Your comment has been forwarded to the administrator for approval.×
Warning! Will constitute a criminal offense, illegal, threatening, offensive, insulting and swearing, derogatory, defamatory, vulgar, pornographic, indecent, personality rights, damaging or similar nature in the nature of all kinds of financial content, legal, criminal and administrative responsibility for the content of the sender member / members are belong.
Related News