Peru confirms the first death in the country due to monkeypox 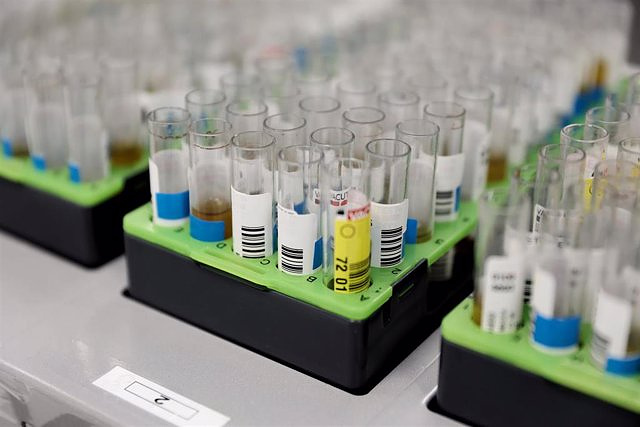 The Peruvian authorities have confirmed the first death in the country due to monkeypox, a disease that has left more than 300 cases in Peruvian territory to date.

The Dos de Mayo National Hospital has indicated in a statement that the 41-year-old patient "was admitted as an emergency presenting with respiratory distress and skin lesions with a history of HIV infection and tuberculosis, with abandonment of antiretroviral treatment."

"These lesions were compatible with the signs of monkeypox, and the diagnosis was confirmed by the National Institute of Health," he said, before adding that the man was admitted to intensive care where "despite the efforts made by the specialists for saving his life, death occurred".

Thus, it has detailed that the cause of death was respiratory failure, acute renal failure and septic shock. "It is important to mention that patients with comorbidity such as HIV and tuberculosis who abandon their treatment for various reasons can develop severe infections," she pointed out.

"Dos de Mayo National Hospital reaffirms its commitment to continue providing timely care to patients who come to its facilities for any illness in order to determine early diagnosis and respective treatment."

For its part, the Peruvian Ministry of Health has stated on its official Twitter account that to date 313 cases of monkeypox have been detected in nine regions of the country. "All patients are receiving medical care. 99 medical discharges were registered and contact identification is being carried out," he concluded.

Monkeypox is a viral zoonosis, that is, a disease caused by viruses transmitted from animals to people, which produces symptoms similar to those observed in smallpox patients in the past, although less severe, according to the Organization World Health Organization (WHO) on its website.

The organization, which at the end of July declared the disease a public health emergency of international concern, highlights that monkeypox "occurs mainly in tropical forest areas of central and western Africa and, sporadically, is exported to other regions".

Peru has become the fourth non-African country to confirm deaths from monkeypox in recent weeks, after Spain -where two people have died-, Brazil and India, which confirmed its first death from this disease on Monday.