Pelosi lands in Taiwan despite warnings from the Chinese government 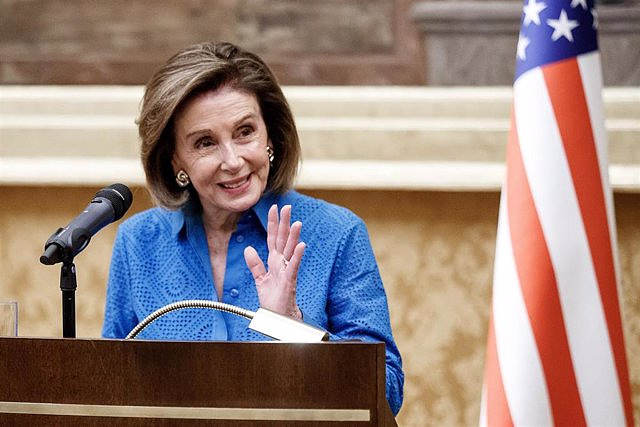 The president of the United States House of Representatives, Nancy Pelosi, has landed this Tuesday in Taipei, the capital of Taiwan, despite warnings from the Chinese government, which has insisted in recent days that it will take "forceful" measures in should US politics shift to Taiwanese soil.

Pelosi's visit to Taiwan has remained off her public itinerary until the last moment, which has fueled uncertainty and put the Chinese and Taiwanese Armies on alert, which have increased their combat preparation throughout the day.

Her arrival on the island takes place within the framework of her tour of Asia, which has previously taken her to Singapore and Malaysia. Additionally, she is the first by a Speaker of the House of Representatives in 25 years.

Sources close to the matter have indicated in statements to the Chinese television network CCTV that shortly before the plane landed at Songshan Airport, several Chinese Air Force Su-35 fighters crossed the Taiwan Strait.

The Asian giant considers Taiwan as its rebel province despite the fact that the island has declared its independence and has the support of the United States and the European Union.