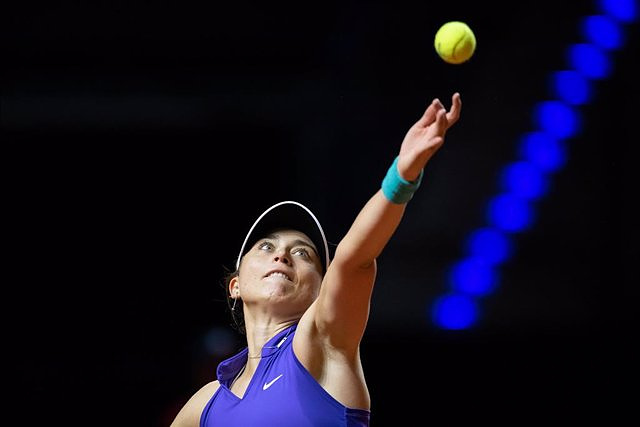 The Spanish tennis player Paula Badosa has reached the semifinals of the tournament in San José (United States), in the WTA 500 category and played on a hard court, after beating the American Coco Gauff in the quarterfinals this morning (7-6(4), 6 -two).

The Catalan, number four in the world and second favorite in the North American competition, had a clean match, with 17 winners and 15 unforced errors -for Gauff's 29-, and managed to convert four of her eight break points.

Badosa had to recover with a 'counterbreak' to his opponent's first blow in the third game, and two new breaks condemned the sleeve to sudden death. With the score at 3-3 in the tiebreak, Badosa managed to break the American's serve and win three of the next four points, helped by Gauff's double faults in the final two points.

With a winning backhand he closed the set and faced the rest of the match with relative comfort; two new breaks in the first and fifth games allowed him to take the clash in less than an hour and a half and advance to his fourth semifinal of the season.

"It's never easy to start against such an aggressive player with a great serve. I think I adapted pretty well at the end of the first set, and I played a pretty perfect tiebreak, so I'm very happy," explained Badosa, who will now face the Russian Daria Kasatkina, who beat the Belarusian Aryna Sabalenka (4-6, 7-5, 6-0).

Badosa and Kasatkina have met twice on the circuit, both this year, with a win for the Spanish in the semifinals in Sydney (6-2, 6-2) and another for the Russian in the round of 16 in Rome (6-4, 6). -4). "She is winning many matches against the best players in the world, she is having an incredible year," said the Catalan.