He says that the internal noise in the coalition government is a "bad habit" and asks to work "discreetly" to emphasize the agreements. 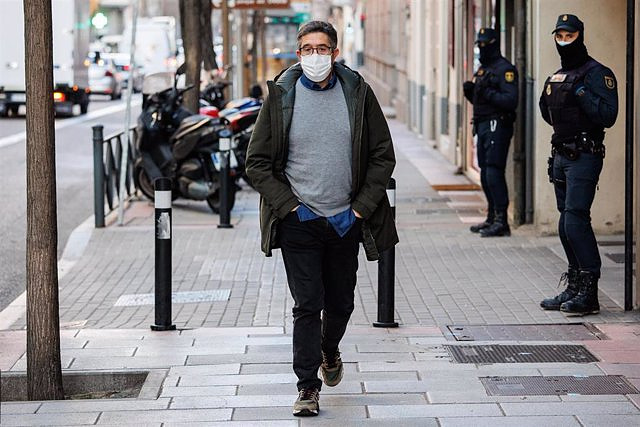 The PSOE spokesman in Congress, Patxi López, has justified the agreements with Bildu, which have allowed measures such as the rise in non-contributory pensions, and has criticized the "no to everything" attitude of the PP, which he misses a "sense of state" that he did appreciate in the past.

"One is not in the Government to feel comfortable or to indulge but to do what one has to do to help people", he has transferred in statements to TVE, collected by Europa Press, questioned about whether he liked the pacts with the abertzale formation in the Lower House.

In this sense, he stressed that the PP has shown a repeated refusal to promote measures such as the Minimum Vital Income, the rise in the minimum interprofessional salary (SMI) or the labor reform, when it should "roll up its sleeves" despite being in the opposition to contribute to the country.

"If the main party that should put this sense of state on the table tells you no. What do we do, do we sit idly by? Because with Bildu they accuse us of all the evils of hell. agreed to raise pensions, that there is a Minimum Vital Income that has helped 1.2 million people," López reasoned.

In this sense, he has said that "hopefully" PP and Ciudadanos would have wanted to enter into the negotiations of the more than 150 measures promoted, but this has not been the case. Therefore, he has claimed that the Executive has the responsibility to "govern to move things forward to help people" in complicated situations, such as the current war over the Ukraine crisis.

On the other hand, he has admitted that the internal noise in the coalition government "is a bad habit" and that the emphasis cannot always be placed on the differences between the partners. In this way, the socialist spokesman has prescribed prioritizing discreet work and focusing on the agreements reached by the allies in the Executive and in Congress.

Regarding the relationship with ERC before the resumption of the table on Catalonia, López has trusted that dialogue will prevail over all and has opined that, after the approval of the new spending ceiling, it would be "more than reasonable" to reach an agreement to the new General Budgets.

And it is that on the Catalan conflict he has maintained that "denying dialogue is denying politics itself" and that this forum can serve to agree on measures that are adjusted to the needs of a "plural and diverse" society like the Catalan one.

He has also affirmed that the president of the Catalan Parliament, Laura Borras, should leave the institutional position she occupies "out of personal dignity" and the position she holds after the opening of an oral trial for allegedly dividing contracts when she directed the Institució de les Lletres Catalanes (ILC ). In her opinion, with this the institution maintains her "prestige" and she will be able to defend herself in court as she deems appropriate.

On the other hand, he explained that the PP is starting a "new stage" in which it is going "for all", as President Pedro Sánchez himself reported. This maxim translates into using all "resources" to help the economy and the population. On the internal level of training, this implies preparing for the next regional elections in 2023. "The movement is showing progress and we need more direct communication with citizens," he has lectured.

‹ ›
Keywords:
BilduPensionesPSOEPPPatxi López
Your comment has been forwarded to the administrator for approval.×
Warning! Will constitute a criminal offense, illegal, threatening, offensive, insulting and swearing, derogatory, defamatory, vulgar, pornographic, indecent, personality rights, damaging or similar nature in the nature of all kinds of financial content, legal, criminal and administrative responsibility for the content of the sender member / members are belong.
Related News