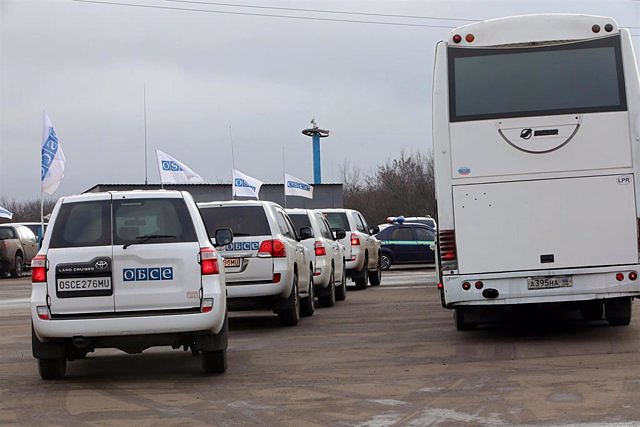 The Organization for Security and Cooperation in Europe (OSCE) has criticized this Wednesday the plans announced by the pro-Russian authorities of several regions of Ukraine on the holding of referendums on possible accession to Russia and has declared that these votes will be "illegal" .

OSCE Chairman Zbigniew Rau; the general secretary of the organization, Helga Maria Schmid; the President of the OSCE Parliamentary Assembly, Margareta Cederfelt; and the director of the Office for Democratic Institutions and Human Rights of the OSCE, Matteo Mecacci; they have said that referendums can only be called and carried out by legitimate Ukrainian authorities.

Thus, they have highlighted that any referendum planned by the forces that "illegally exercise 'de facto' control" in the occupied territories would entail a violation of international standards and obligations under Humanitarian Law, while maintaining that, therefore, will have no legal validity.

The self-proclaimed republics of Donetsk and Lugansk, as well as pro-Russian authorities in the Jershon and Zaporiyia regions, announced Tuesday their intention to hold a referendum on accession to Russia between Sept. 23 and Sept. 27, a decision backed Wednesday by the Russian president, Vladimir Putin.