He confirms that he has requested a leave of absence from the State Bar until December. 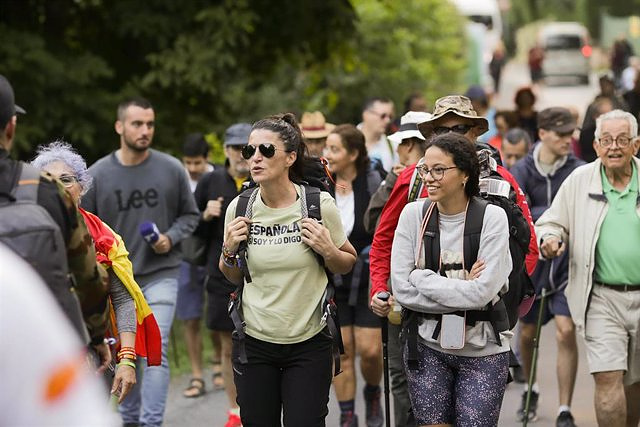 The former deputy of Vox Macarena Olona has indicated this Tuesday that "she cannot confirm" if she will return to politics while waiting to meet in September with the president of her party, Santiago Abascal, whom she "admires" and to whom she is "deeply grateful" .

This has been transferred by Olona in an interview in Cope, collected by Europa Press, in which, asked if he wants to return to politics, he has indicated that he tries to be "very respectful with whom he has to be" and that the first person with whom he has to talk is with Santiago Abascal.

In addition, Olona has stressed that if he returned to active politics he would start from where his activity stopped, in Andalusia. Next, the former deputy pointed out that it is "unfeasible" to return to Parliament after having submitted her resignation.

In any case, the former leader of Vox has emphasized that if "she returned to politics she would have to go through Andalusia in some way to be consistent" with what she thinks and with her word, she added.

As she has admitted, what happened in the last Andalusian elections was a "failure of expectations" and that, although she tried to "give the best" of herself, she has assured that it was a mistake that "does not have to be repeated".

For the moment, his career will be focused on the State Lawyer, although he has confirmed that he has requested a leave of absence until December to "walk and listen", after the recent health problems he has endured.

On the other hand, Olona has assured that being a State Lawyer is not incompatible with being a member of the party because, among other things, "affiliation is something private" and that is what has transferred him to the party, as he has said.

In this regard, he has expressed that perhaps Abascal "did not receive the complete information" by saying that he cannot combine his position in the Legal Profession with militancy. Thus, she has insisted that active politics is not at any time incompatible with his profession.

‹ ›
Keywords:
Santiago AbascalVOX
Your comment has been forwarded to the administrator for approval.×
Warning! Will constitute a criminal offense, illegal, threatening, offensive, insulting and swearing, derogatory, defamatory, vulgar, pornographic, indecent, personality rights, damaging or similar nature in the nature of all kinds of financial content, legal, criminal and administrative responsibility for the content of the sender member / members are belong.
Related News