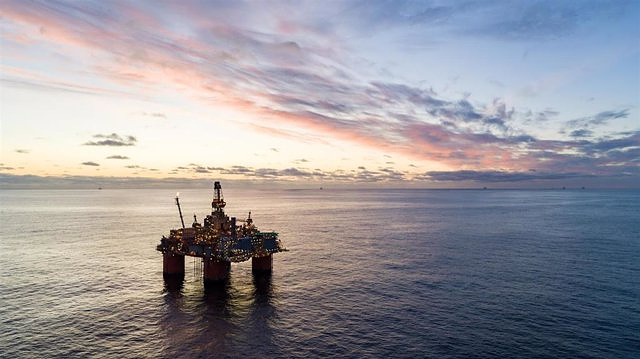 The Government of Norway has decided to intervene in the labor dispute in the oil and gas sector with a proposal for compulsory arbitration to put an end to the called strike, which threatened to close several fields of the state oil company Equinor and to reduce up to by 56% the supply of gas to Europe.

In a statement published late on Tuesday, the Norwegian Ministry of Labor announced the government's proposal for "mandatory wage arbitration" to resolve the labor dispute between the Norwegian Organization of Managers and Executives (Lederne) union and the Petroleum Association. and Norwegian Gas.

In this way, after meeting with the Minister of Labor and Social Inclusion, Marte Mjos Persen, the parties agreed to end the strike called so that everyone can return to their jobs as soon as possible.

"The parties had not been able to reach a solution. Therefore, I have proposed compulsory wage arbitration," said the minister, stressing that the escalation of strikes raised by the callers of the strike had "critical implications in the current situation", both in relation to the energy crisis and the geopolitical situation due to the war in Europe.

"The Ministry of Petroleum and Energy considers indefensible the cessation of gas production that this strike would entail in the coming days (...) this is very critical in a situation in which the EU and the United Kingdom depend entirely on their energy partnership with Norway," added Mjos Persen.

In this sense, the minister defended that the reduction in Norwegian gas deliveries will worsen the energy crisis, stressing that Norway must do everything in its power to strengthen European energy security and European solidarity in the face of Russian aggression.

For her part, the director of organization and business policy of the Norwegian Oil and Gas Association, Elisabeth Brattebo Fenne, stressed that the Government has understood "the seriousness of the position and is acting to maintain Norway's good reputation as a a reliable and stable supplier of natural gas for Europe".

In this regard, he pointed out that the stoppages planned by the organizers of the strike would have come to interrupt Norwegian gas exports to Europe by 56% as of next Saturday.

‹ ›
Keywords:
NoruegaHuelgaPetróleo
Your comment has been forwarded to the administrator for approval.×
Warning! Will constitute a criminal offense, illegal, threatening, offensive, insulting and swearing, derogatory, defamatory, vulgar, pornographic, indecent, personality rights, damaging or similar nature in the nature of all kinds of financial content, legal, criminal and administrative responsibility for the content of the sender member / members are belong.
Related News