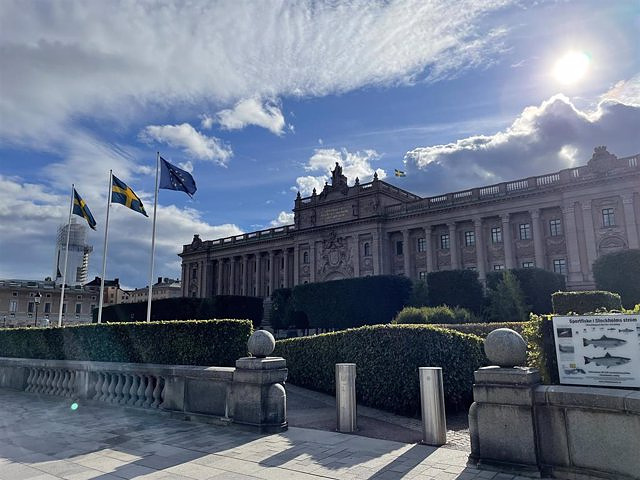 The Swedish Electoral Authority has announced on Sunday night that the final result of the elections will be presented on Wednesday, so that the votes from abroad and the anticipated votes are counted, which has left the political parties in tension due to the narrow range of provisional figures.

In this way, no political party has been declared the definitive winner of the elections, which give victory to the Social Democratic Party of Sweden (PSS) of Prime Minister Magdalena Andersson, with 30.5 percent of the votes. However, for the moment the four right-wing parties with the far-right Swedish Democrats at the head, would add more support.

The second party with the most votes is the far-right Swedish Democrats (DS) with 20.7 percent of the vote, while the Moderate Party (PM) would have 19 percent support. The Social Democrats would improve their results by two points compared to the last elections in 2018, while the Swedish Democrats grew three points and the moderates fell almost one.

The situation is one of a technical tie between the two camps, which casts doubt on whether the PSS can govern with a coalition agreement or with specific support in Parliament from the Green Party, the Center Party and the Left Party.

Andersson, despite the fact that there will be no final results tonight, has considered that the Social Democrats have made good elections. "The biggest victories are not for a single party or candidate, but for Swedish democracy," he added.

"Support for us has increased and it is clear that Swedish social democracy is strong," the prime minister celebrated.

For his part, the leader of the Swedish Democrats (DS), Jimmie Akesson, has highlighted the result of his party, until he became the second most voted in the country. "I am very happy and proud of what we have done together to achieve this," he assured.

Akesson has indicated that the objective is to form part of the government: "If there is a change of power, we will have a central position. Our ambition is to sit in the Government," he asserted. In this way, she has reiterated that DS would have to be the center of a new government for Sweden.

The leader of the Party of Moderates, Ulf Kristersson, has indicated that his party has done "everything possible" and has called for unity for the good of the country. In addition, he has asked for patience for the final results, although he has been open to seeking a consensus with the Social Democratic leader, the most voted this Sunday.

"We have a lot of uncertainty in the world around us and political polarization has become too great even in Sweden. In this context, I want to join, not divide," he declared after the partial results.

The head of the Center Party, Annie Loof, has considered that their results are not good: "I thought we would go higher." In addition, she has highlighted that a complicated government situation is coming due to the difficulty in reaching consensus, before adding that she will not cooperate with a government in which the extreme right participates.

The leader of the Left Party, Nooshi Dadgostar, has refused to make a definitive statement on the result. "It has oscillated from one side to another and I dare not speak for sure now, we have to wait for a final result," she explained.

The option of a right-wing agreement, however, seems far away than ever, since even if the sum were enough to govern, it is difficult to imagine an executive led by the Moderate Party when the extreme right has clearly surpassed him in votes.

The third option would be a German-style grand coalition with the PSS and the Moderate Party, but this seems unlikely given the precedents of clashes and rivalry between the two formations. This pathway would only be explored if all other options fail.