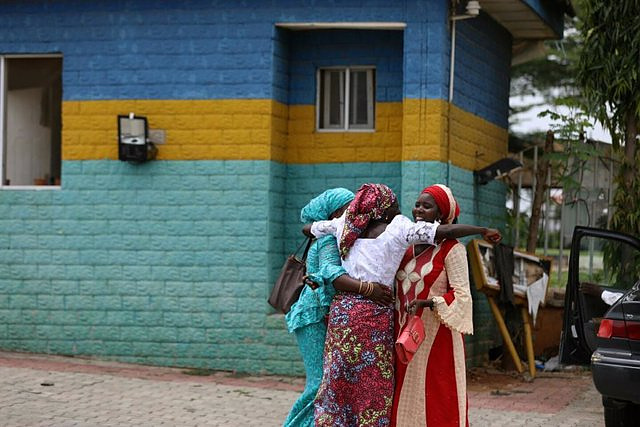 The Nigerian Armed Forces have rescued two of the more than 200 girls who were kidnapped in April 2014 by the terrorist group Boko Haram in an assault on a secondary school in the town of Chibok, in the Bama local government area. , in Borno (northeast).

The troops of the 21st Armored Brigade have confirmed the rescue of Hannatu Musa and Kauna Luka, who have escaped from Boko Haram captivity in the Gazuwa camp, located about nine kilometers from the city of Bama, revealed the security analyst, Zagazola Makama, as reported by the Nigerian newspaper 'Daily Post'.

The escape of the girls could be related to the sustained offensives by the troops of Operation Hadin Kai.

Another girl, Ruth Bitrus, was rescued by Nigerian security forces last week, while two Chibok girls, Mary Dauda and Hauwa Joseph, were found a month ago after they escaped from the Boko Haram camp in Gazuwa.

Boko Haram kidnapped more than 270 children from a Chibok high school in April 2014, although some of them managed to escape. His abduction generated a wave of condemnation and mobilization at the international level under the slogan

‹ ›
Keywords:
Boko HaramTerrorismoNigeria
Your comment has been forwarded to the administrator for approval.×
Warning! Will constitute a criminal offense, illegal, threatening, offensive, insulting and swearing, derogatory, defamatory, vulgar, pornographic, indecent, personality rights, damaging or similar nature in the nature of all kinds of financial content, legal, criminal and administrative responsibility for the content of the sender member / members are belong.
Related News