Mahsa Amini died after several days in a coma after being detained by the Moral Police in Tehran. 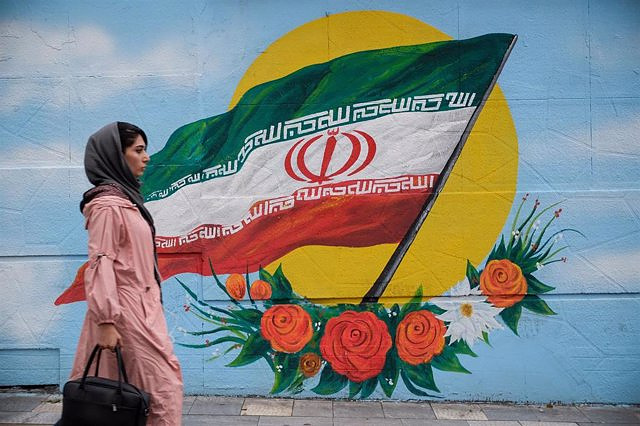 Protesters and security forces have staged this Monday a new day of riots, the third in a row, due to the protests triggered by the death of a Kurdish woman, Mahsa Amini, who died shortly after being arrested in Tehran for not wearing the Islamic veil properly. or hijab.

In Tehran's Valiaser Square the slogans have been repeated and a group of women has removed their veils in protest at the restrictions on clothing, the origin of the arrest and the subsequent death of Amini.

In addition, images of serious incidents have circulated in the city of Divandarré, in Iranian Kurdistan, and there is news of at least eight people injured by police shots, at least one of them with a serious prognosis.

In Saghez, one of the main cities in Iranian Kurdistan, and the capital of the region in which Amini was buried on Saturday, "the atmosphere is that of undeclared martial law," explained Bajtian Joshnam, director of the news agency Mokrian, based in Saghez, speaking to Radio Farda.

"There are security forces everywhere. There are policemen. The shops are completely closed and even the official organisms are closed from midday," he pointed out.

The Iranian Kurdish parties had called for a general strike in Rojhelat, Eastern or Iranian Kurdistan, for Monday in protest at Amini's death.

"THERE WAS NO NEGLIGENCE" POLICE

The Tehran Police has come out this Monday to the step of the controversy and has assured that the death of Amini has been an "unfortunate incident that we wish not to be repeated", in the words of the Police Commander in Greater Tehran, Sardar Hosein Rahimi, according to the Iranian news agency FARS.

Thus, he stressed that the Moral Police "carries out a positive job" and has regretted that "dishonest accusations have been made against the Police" after the death of Amini, which has triggered protests against the authorities in various parts of the country .

Rahimi has stressed that the woman was arrested for her clothing, although she has clarified that "there were no disputes or resistance during her transfer." "According to other people, she made jokes inside the police van," he pointed out at a press conference.

In this sense, he has emphasized that "there was no negligence on the part of the Police, not even a small slip". "The statements published in cyberspace about the cause of death are lies," she said, before asking the population "not to pay attention to rumours."

However, Amini's father, Amyad Amini, told Iraqi-Kurdish television Rudaw that the videos in which his daughter allegedly appears fainted are "lies" and "censorship", as Amini was beaten by the agents. .

"She was not sick, as the Iranian television says," said Amyad Amini, who assures that the authorities have refused to give her the autopsy of her daughter. "She was beaten inside the police vehicle and at the police station, but they don't want to publish the security camera footage," she added.

"It is not clear how they hit her. The women who were in the ambulance say she had a blow to the head," he explained. In addition, the family has requested that an expert examine the girl's body, without giving them any answer, she has explained.

Amini was arrested in Tehran when she was with her brother for "improperly" wearing the hijab. The intervention is attributed to agents of the Orientation Patrol or Moral Police, in charge of ensuring that dress standards are respected, which usually results in the arrest of women, although some men have also been arrested.

The Moral Police have shown security camera images of the moment the woman entered the police station, according to IRNA. In addition, he has assured that according to a first investigation "there was no physical contact with her neither in the car nor in the place".

The family was informed that the woman was taken to a Moral Police headquarters for "an education and guidance class." After two hours of waiting in front of the Moral Police station, her brother discovered that the woman had been taken by ambulance to a hospital. At that time he and other witnesses could hear screams and several women who came out of the place said that "they have killed someone."