One thousand agents of the National Police and 140 of the Municipal Police will participate in the special security deployment. 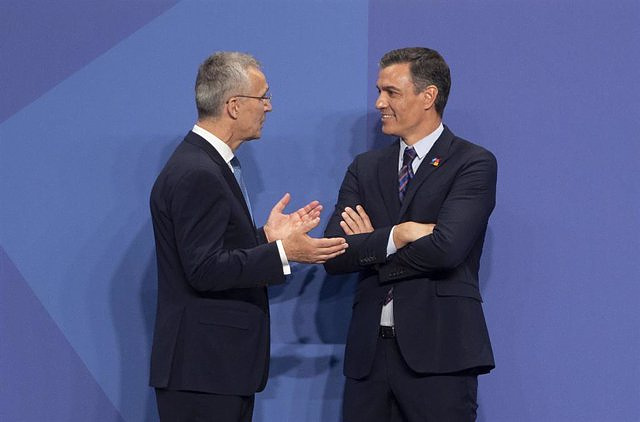 The NATO Parliamentary Assembly will meet in Madrid for the next three days in an appointment in which up to five government ministers will participate, all from the PSOE, President Pedro Sánchez, the Secretary General of the Alliance, Jens Stoltenberg, and by videoconference Ukrainian President Volodimir Zelensky.

The NATO Parliamentary Assembly will hold its 68th Annual Session between this Saturday and next Monday. This is a meeting in which 269 parliamentarians from the 30 member countries and a hundred members from 15 associated countries evaluate the application of the Assembly's recommendations in the decisions adopted by NATO at the Summit held last June Also in Madrid.

All this in relation to the new Strategic Concept that came out of the Madrid meeting, the support for Ukraine and the response to the threat from Russia.

During these days, the committees of the Assembly will meet, before which senior officials and experts will appear to deal with matters related to security and defense, and they will submit proposals for resolutions on the issues debated to the plenary session of the Assembly.

The sessions begin this Saturday behind closed doors with the participation of various members of the Government. Over the weekend, the First Vice President of the Government and Minister of Economy and Digital Transformation, Nadia Calviño; the Minister of Foreign Affairs, European Union and Cooperation, José Manuel Albares; that of the Presidency, Relations with the Parliament and Democratic Memory, Félix Bolaños; Defense, Margarita Robles; and Science, Diana Morant.

The highlight of the conference will be on Monday with the plenary session, in which the presidents of the Senate, Ander Gil, and of Congress, Meritxell Batet, will take the floor.

In addition, the President of the Government, Pedro Sánchez, the Secretary General of NATO, Jens Stoltenberg, the President of Ukraine, Volodymyr Zelensky, and the Deputy Prime Minister for European and Euro-Atlantic Integration of Ukraine, Olha Stefanishyna, who will be decorated by the Assembly with the second annual 'Women for Peace and Security' award.

Both the Ministry of the Interior and the Madrid City Council have planned a reinforcement of the security deployment for the appointment. According to police sources, approximately 1,000 National Police agents from different specialties will participate in the operation. For its part, the City Council of the capital has designed a security device for this weekend with 140 agents of the Municipal Police.

These figures are far from the 10,000 agents who participated in the deployment that guaranteed the security of the NATO Summit in June, when all the international leaders met in Madrid.

‹ ›
Keywords:
Pedro SánchezPSOEUcraniaOTAN
Your comment has been forwarded to the administrator for approval.×
Warning! Will constitute a criminal offense, illegal, threatening, offensive, insulting and swearing, derogatory, defamatory, vulgar, pornographic, indecent, personality rights, damaging or similar nature in the nature of all kinds of financial content, legal, criminal and administrative responsibility for the content of the sender member / members are belong.
Related News