NATO warns of the mobilization of the Russian submarine 'Belgorod', carrier of the Weapon of the Apocalypse 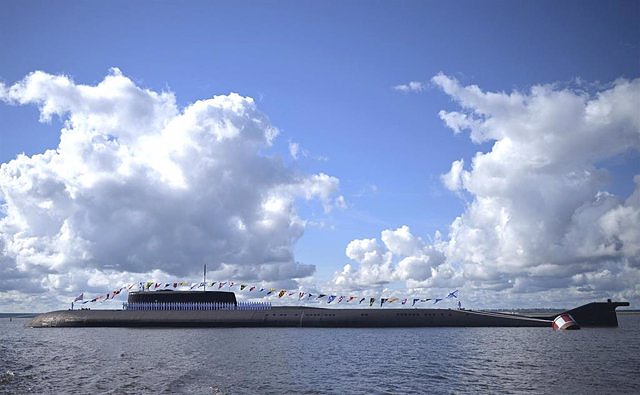 NATO has sent an intelligence note to its member countries in which it warns of the mobilization of the Russian nuclear submarine 'K-329 Belgorod', carrier of the Poseidon nuclear missile, also known as the Weapon of the Apocalypse, according to reports on Sunday by the newspaper Italian 'La Repubblica'.

The new submarine was launched in July and would now have submerged in Arctic waters after its possible involvement in the sabotage of the Nord Stream gas pipelines, according to different unofficial sources.

NATO fears that its mission is now to test the Poseidon supertorpedo, a projectile capable of traveling up to 10,000 kilometers under water and then exploding near the coast to cause a radioactive tsunami.

The nuclear torpedo was presented in 2018 by Russia as the way to ensure Russian military supremacy, although nuclear experts have argued that the same effect can be achieved with an intercontinental missile like those that have been in operation since the 1960s.

The United States has activated the satellite network to track torpedoes that takes advantage of the great heat that the projectiles give off when they are activated. But they are not able to detect them under the sea.

The 'Belgorod' is 184 meters long and 15 meters wide and can travel at about 60 kilometers per hour underwater. It is estimated that it can go up to 120 days without having to return to the surface.

Among its arsenal it has the Poseidon supertorpedo, a 24-meter projectile with the capacity to carry a nuclear warhead of about two megatons. "It is a completely new type of weapon that will force Western navies to change their planning and develop new countermeasures," expert HI Sutton pointed out, according to 'La Reppubblica'.

‹ ›
Keywords:
RusiaItaliaUcraniaOTAN
Your comment has been forwarded to the administrator for approval.×
Warning! Will constitute a criminal offense, illegal, threatening, offensive, insulting and swearing, derogatory, defamatory, vulgar, pornographic, indecent, personality rights, damaging or similar nature in the nature of all kinds of financial content, legal, criminal and administrative responsibility for the content of the sender member / members are belong.
Related News