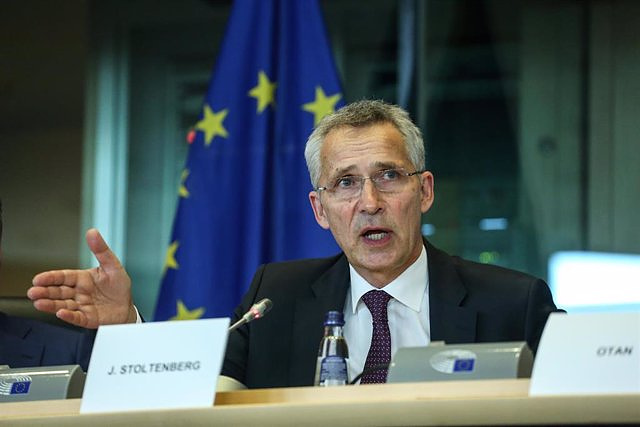 The Secretary General of NATO, Jens Stoltenberg, has charged this March against the "false" referendums announced by the authorities in the occupied areas in Ukraine to adhere to Russia, assuring that it is an "escalation in the war of the (president) Russian) Vladimir Putin".

"The fake referendums have no legitimacy and do not change the nature of the Russian war of aggression against Ukraine," Stoltenberg said in a message on social networks, criticizing that it is a "further escalation" in "Putin's war" against Ukraine. the neighboring country.

In his rejection message, the NATO political chief has called on the international community to condemn what he considers a "flagrant violation" of International Law and has called for increased support for kyiv at this juncture.

The authorities of the self-proclaimed republics of Donetsk and Lugansk, as well as the pro-Russian authorities of Jerson and Zaporiyia, announced on Tuesday that the referendum on the accession of these territories to Russia will be held this same week between 23 and 27 September.

The Russian Foreign Minister, Sergei Lavrov, has assessed that these initiatives are a sign of the desire of the population of these territories to be able to determine if they want to be part of Russia. "Since the beginning of the special military operation and, in general, in the preceding period, we said that the population of the respective territories should decide their future," he stressed.

‹ ›
Keywords:
RusiaVladimir PutinUcraniaOTAN
Your comment has been forwarded to the administrator for approval.×
Warning! Will constitute a criminal offense, illegal, threatening, offensive, insulting and swearing, derogatory, defamatory, vulgar, pornographic, indecent, personality rights, damaging or similar nature in the nature of all kinds of financial content, legal, criminal and administrative responsibility for the content of the sender member / members are belong.
Related News