"It is too late in the calendar for me to be able to compete with the team in Morocco and Spain next month, and in Dakar in January. 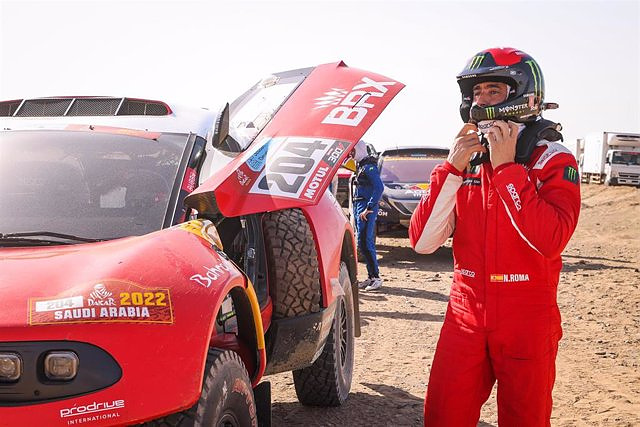 "It is too late in the calendar for me to be able to compete with the team in Morocco and Spain next month, and in Dakar in January."

The Spanish driver Joan 'Nani' Roma will not run the 2023 Dakar Rally, which will be held in Saudi Arabia in January, as confirmed this Thursday by his Bahrain Raid Xtreme (BRX) team and the double champion of the 'raid', that despite the fact that he is "well" and his feelings "have been very good" after getting back in the car, he considers it "too complicated" to be in the test.

The 50-year-old Catalan runner, champion of the Dakar Rally on motorcycles and cars, had a bladder tumor detected in March and in September he got back into a car during the test in Morocco, in a 'Rally Raid' scenario that marked his return "months earlier than expected".

Now, Rome will not run an edition of the Dakar for the first time in 27 years. "Unfortunately it is too late in the calendar for Nani to be able to compete with the team in Morocco and Spain next month, and in Dakar in January 2023," explained the team of him.

"I'm recovered, I feel good and in fact, I've gotten back in the car and the sensations have been very good. But for purely technical reasons, and due to the reduced margin of time that remains until the start of the race, participating is too much complicated," Roma stressed in a statement on his official 'Instagram' profile.

The one from Folgueroles recalled that it had not been "an easy year". "The operations and the difficult moments of the chemo have been quite a challenge, but in each adverse situation, the motivation to compete again made me go forward because it is my life and for 27 years I have not missed any edition of the Dakar" , he underlined.

"So I'm already thinking about the next season and I assure you that my Hunter and I will return to the races with great enthusiasm in 2023. Thank you all very much for your support during these months," Roma said.

For his part, the director of the BRX team, Gus Beteli, marked the next steps in the calendar of the Spanish pilot. "Nani's next duties for us will be to demonstrate and test the Hunter Hypercar in Dubai during November, but more importantly both BRX and Prodrive are extremely encouraged by the speed of his progress, to be able to return to the driver's seat and see the smile back on his face after a tough time," he said.

The second half of the 2022 World Rally Raid Championship kicks off with the Morocco Rally this week. And the Bahrain Raid Xtreme team leads the quest for the title with Sebastien Loeb and Fabian Lurquin. Also, BRX, which has three cars, will take the fourth place finisher of the Dakar 2022, Orly Terranova together with Alex Haro, and Guerlain Chicherit with Alex Winocq, who will run in the colors of GCK Motorsport.

‹ ›
Keywords:
Arabia Saudí
Your comment has been forwarded to the administrator for approval.×
Warning! Will constitute a criminal offense, illegal, threatening, offensive, insulting and swearing, derogatory, defamatory, vulgar, pornographic, indecent, personality rights, damaging or similar nature in the nature of all kinds of financial content, legal, criminal and administrative responsibility for the content of the sender member / members are belong.
Related News