"Now it is time for the birth of my first child and I am confident that everything will turn out well". 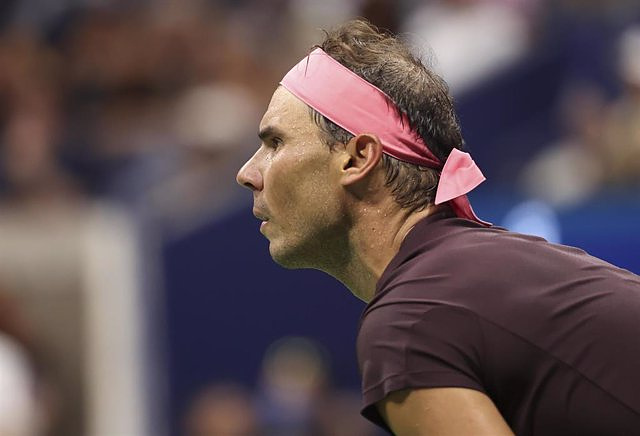 The Spanish tennis player Rafa Nadal did not want to "look for excuses" for the defeat and elimination this Monday at the US Open, acknowledging that he did not play well enough to avoid the triumph of the American Frances Tiafoe in the round of 16, now focused on his imminent fatherhood as well as in the season finale.

"Everything becomes dark and difficult. I'm not much of an excuse-seeker. In the end, there are times when you can handle everything and others when you can't. This time it was the latter. I tried. I had trained well, I was happy. Then, at the competition level, I lack freshness, filming, tranquility, intangible things. The reality is simple: I have not played well, and when that happens it must be lost," he said after the match in statements collected on the ATP website.

The Balearic could not with an inspired Tiafoe, who prevailed in four sets in the biggest victory of his life, against a Nadal who was going for his 23rd 'big' after winning this year in Australia and Paris. "I have not managed to perform at the level I needed. We have come this far. I must congratulate my rival, who has been better," said a Nadal who arrived without filming after his injury at Wimbledon.

"Things have not gone as I would have liked. Now it is time to reset. It has been a difficult few months. It's time to start again professionally speaking. I have much more important things than tennis to attend to. From that basic principle, I will take the appropriate decisions based on how everything is going in my personal life. Now it is time for the birth of my first child and I am confident that everything will turn out well, "he added.

In sports, Nadal explained that he will try to make a good end of the course, with the goal of the ATP Finals, in addition to the option of being number one in the world again. "I want to end the year with a good feeling. There are more tournaments ahead if everything else goes well. There is no choice but to continue. It is what I have always done, and I am confident that I will continue to have the strength to do it," he said.

Despite his unexpected defeat, Nadal could rise to number one next Monday, September 12, provided that neither his compatriot Carlos Alcaraz nor the Norwegian Casper Ruud reach the US Open final.