Nadal: "It means a lot to me to be able to return to number one"

The Spaniard returns in Cincinnati with high sights but with the hope of no more injuries. 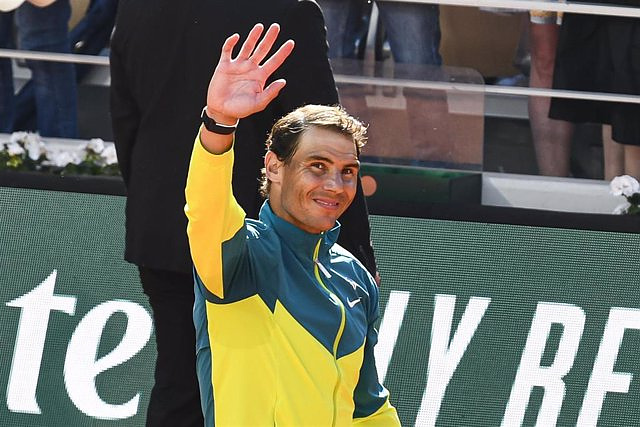 The Spanish tennis player Rafa Nadal acknowledged his enthusiasm for the possibility of being number one in the world again in the Cincinnati tournament, seventh Masters 1,000 of the season, although for this he needs the body to accompany him, when he returns this week from his withdrawal at Wimbledon.

"It means a lot to me to have that opportunity (to climb to number one). Something that I didn't expect could happen again. The main thing is to stay healthy and play the events that I want to play," he said in his first press conference in Cincy.

The Spaniard will rise to first place if he wins the title in Ohio and the current number one, the Russian Daniil Medvedev, does not reach the quarterfinals in the tournament. "I will not play more than what I think works well for my body," said a Nadal who did not make the semifinals at Wimbledon against Nick Kyrgios due to an abdominal injury.

The one in London was the last setback for the champion of 22 'greats', who, with everything, has been able to sign a tremendous season at 36 years old. Nadal reappeared in January in Australia after six months and won the Melbourne Open, in a winning streak that was cut short in Indian Wells by a broken rib.

The break cost him half a tour on clay, but he still raised his 14th Roland Garros, knowing later that his chronic foot injury made him play with the sleeping area. After an experimental treatment, Nadal returned to Wimbledon, where he advanced until his abdomen took him out of his fight for the 2022 'Grand Slam'.

"I'm going to put all my effort into every event I play. It's something that doesn't matter if I get a chance to be number one, but I'm happy to be in this position and if it happens, I'll be very happy. I want to play tennis again." on the Tour. I'm having a good season and I'm enjoying it. I want to enjoy this week in Cincinnati", said the man from Manacor, champion in 2013.

The 36-time Masters 1,000 champion will face Croatian Borna Coric or a rival from the qualifier in his debut on Wednesday. "You need to know that when you come back after a while, things aren't going to be perfect. You can't expect to play at an unbelievable level from the start. Knowing that you need to be humble enough to fight with the tools you have at the start to win the first game," he said.

"If you are playing well, and I think I am playing more or less well, you have a good feeling on the court. But the competition is different and you have to accept that things are going to be difficult. In a Masters 1,000, the opponents are very demanding. from the beginning, so you have to play at a high level and that's what I'm going to try to do."