Mutua Madrileña will sponsor the Mutua Madrid Open until 2027 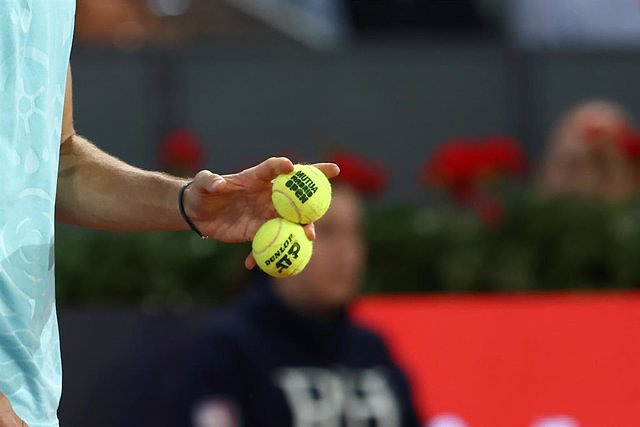 The Mutua Madrileña insurance company has signed this Monday with the Madrid Trophy Promotion company the renewal of its sponsorship of the Mutua Madrid Open for five more years, until 2027, according to a statement.

The president of Mutua Madrileña, Ignacio Garralda, and the CEO of Madrid Trophy Promotion, Gerard Tsobanian, formalized the new agreement that makes Mutua Madrileña's relationship with the tournament one of the longest between the business world and the sport, given that these five new years will be added to the 16 that Mutua has already been betting on tennis in Spain.

Thus, according to the note, with this new contract, the insurer maintains its commitment to "one of the most important sporting events" in the country. The Mutua Madrid Open is a tournament of the highest category of the ATP (Masters 1000) and WTA (WTA 1000) tournaments, the most prestigious after the four 'Grand Slams'. It has been held in the capital of Spain since 2002 and, currently, it is played by 96 male players and 96 female players, who, for 14 days, compete in the Caja Mágica.

The agreement also includes sponsorship of the Mutua Madrid Open Sub-16, a youth competition that is held in 16 cities in Spain and whose finals are held in the Caja Mágica.

From the insurer, they highlighted that the tournament generates for the city of Madrid "110 million euros of economic return through the international projection of the city, the promotion of tourism (30 percent of its 300,000 spectators are foreigners) and job creation". In addition to the 4,000 direct jobs it generates, "the vast majority of them for young people."

With this sponsorship, Mutua Madrileña gives visibility to different programs of its corporate social responsibility policy, such as its "commitment to protecting the environment and the fight against gender violence".

‹ ›
Keywords:
Mutua Madrileña
Your comment has been forwarded to the administrator for approval.×
Warning! Will constitute a criminal offense, illegal, threatening, offensive, insulting and swearing, derogatory, defamatory, vulgar, pornographic, indecent, personality rights, damaging or similar nature in the nature of all kinds of financial content, legal, criminal and administrative responsibility for the content of the sender member / members are belong.
Related News