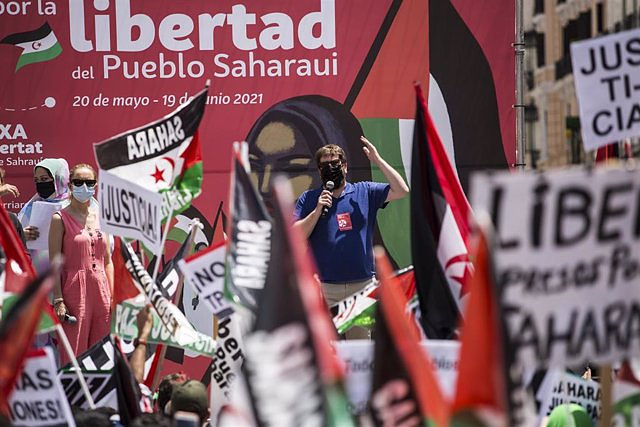 The Moroccan authorities prevented Spanish MEPs Miguel Urbán and Pernando Barrena, members of a delegation from the parliamentary group La Izquierda, who is in the autonomous city investigating the deadly jump to the fence last 24, from entering their territory from Melilla. of June.

As Urbán, an MEP from Anticapitalistas, has denounced on his Twitter, the Moroccan Police prevented him, Barrena (EH Bildu) and the German Cornelia Ernst (Die Linke) from crossing the border crossing to go to the city of Nador.

In a statement, he specified that they were denied access "even before we could deliver our passports and without any explanation on their part." Along with the three MEPs travel representatives of several European NGOs and lawyers, up to a total of 16 people.

The MEP has argued that "they have to hide something" both the Moroccan authorities and the Spanish Government in relation to the "murders" of immigrants that occurred that day - about thirty according to the authorities -, disfiguring the refusal of the Minister of the Interior, Fernando Grande-Marlaska, to appear before the European Parliament and also his rejection of an investigation commission. "What they want to hide are the murders of more than 40 people on the European borders," he added.

Urbán has defended that "both the European Parliament and the Spanish Government should say something about it, in addition to facilitating the appearance" of Marlaska in the European Parliament, requested in July by the Committee on Liberties, Justice and the Interior "to find out what happened that day at the Melilla fence, who was responsible and who or who gave the orders".

The delegation began its mission on Monday in Melilla, where they have met with civil organizations such as CEAR and have visited the CETI. A visit to the city of Nador and its hospital was planned, where some of the migrants injured in the events of June 24 were treated.

They also intended to travel to Rabat for a meeting with the Moroccan Association for Human Rights (AMDH), one of the main denouncers of what happened, as well as a meeting with journalists in Casablanca and meetings with several of the survivors.

‹ ›
Keywords:
MarruecosParlamento Europeo
Your comment has been forwarded to the administrator for approval.×
Warning! Will constitute a criminal offense, illegal, threatening, offensive, insulting and swearing, derogatory, defamatory, vulgar, pornographic, indecent, personality rights, damaging or similar nature in the nature of all kinds of financial content, legal, criminal and administrative responsibility for the content of the sender member / members are belong.
Related News