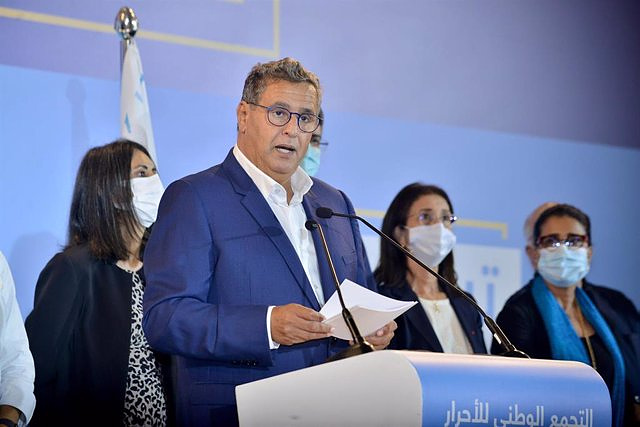 The head of the Moroccan Government, Aziz Ajanuch, defended this Tuesday before the UN General Assembly the proposal for the autonomy of the Sahara proposed by Rabat, which he described as "a realistic and fair solution to the problem of the Moroccan Sahara".

During his speech, Ajanuch reiterated Morocco's commitment to "find a definitive political solution to the human conflict" in Western Sahara, according to the 'FXCC' newspaper.

Likewise, the Moroccan Prime Minister has stressed the "firm" position of his country in support of the Palestinian cause and a "two-state solution", although, however, he has stressed that he will continue to defend "the special status of Jerusalem".

However, Ajanuch has argued that "the world is now witnessing deep and multidimensional crises and challenges, and the African continent is the most affected by the difficult global economic conditions, which undermine its efforts in the field of sustainable development".

In addition, he has called for strengthening international cooperation to launch "important development initiatives" that allow Africa to "resist many international impacts", specifically pointing to climate change.

‹ ›
Keywords:
MarruecosSáharaOnu
Your comment has been forwarded to the administrator for approval.×
Warning! Will constitute a criminal offense, illegal, threatening, offensive, insulting and swearing, derogatory, defamatory, vulgar, pornographic, indecent, personality rights, damaging or similar nature in the nature of all kinds of financial content, legal, criminal and administrative responsibility for the content of the sender member / members are belong.
Related News