Morocco and Algeria take their rivalry to energy, confronted by a future gas pipeline that connects Nigeria with Europe

Both propose different projects and that, according to an expert, would be "unfeasible". 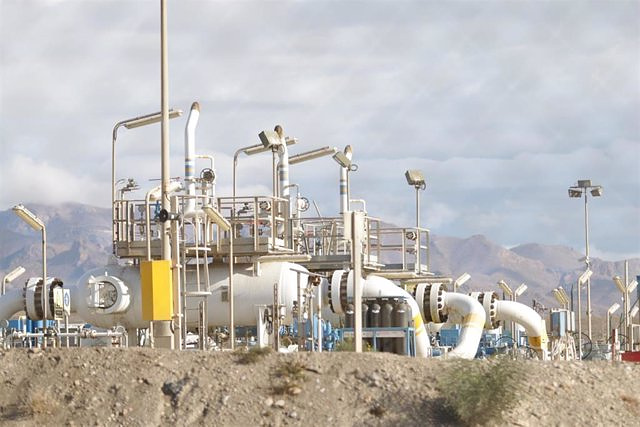 Both propose different projects and that, according to an expert, would be "unfeasible"

The rivalry between Morocco and Algeria has found a new battlefield, the energy one. The two countries are immersed in a campaign to promote conflicting projects for the construction of a future gas pipeline that, via their respective territories, will allow gas to be transported from Nigeria to Europe, at a time when European countries are looking for alternative supplies to Russia. However, experts do not believe they are viable.

Rabat and Algeria broke off relations in the summer of 2021 and since then their respective diplomacies have been immersed in hard work to win supporters for their cause, with Western Sahara as the main battle horse but not the only one.

Precisely, the recent speech by Mohamed VI on the occasion of the anniversary of the Green March has once again put another point of friction on the table: the construction of a gas pipeline to transport gas from Nigeria, the country that has the largest reserves in Africa , towards Europe.

Algeria was the first to raise the idea of ​​the Trans-Saharan Gas Pipeline (TSGP) decades ago, but it was not until the early 2000s that the project gained momentum, with the signing of a memorandum of understanding between the state oil companies - the Algerian Sonatrach and the Nigerian NNPC--. The plan is to build a gas pipeline from the fields in Nigeria, through Niger to Algeria, from where it would be sent through the gas pipelines that already link the country with Europe.

Morocco, for its part, jumped on the bandwagon in 2016, when during a visit by Mohamed VI to Lagos, together with the Nigerian president, Muhamadu Buhari, he announced the Nigeria-Morocco Gas Pipeline (NMGP). The project promoted by Rabat would also be responsible for transporting Nigerian gas but in its case through a dozen West African countries.

Both projects have, a priori, some advantages and disadvantages. In terms of cost, the Algerian option is cheaper, around 13,000 million euros, while the Moroccan option shoots up to 25,000 million, given its greater length.

However, the Rabat proposal, since a good part of the route runs 'offshore', is considered to be safer, while the Algiers proposal would have to cross the north of Nigeria as well as Niger, both of which are places of jihadist violence, and also the terrestrial infrastructures are more susceptible to being sabotage.

Logically, for each country their bet is the best, hence the firm campaign they are making to vindicate themselves. "The project is very profitable," Abdelmayid Attar, former Minister of Energy and former president of Sonatrach, assured Middle East Eye a few weeks ago. Since the "political will" exists, the only thing missing is the funds to undertake the project, he maintained.

For his part, Mohamed VI made express mention of the NMGP in his speech for the anniversary of the Green March, celebrating the recent memoranda of understanding signed with the Economic Community of West African States (ECOWAS), as well as with Mauritania and Senegal, to join it.

The Alaouite monarch maintained that this gas pipeline "goes beyond being a bilateral project" between Morocco and Nigeria and what Rabat wants is for it "to be a strategic project at the service of the entire West African region" for the sake of "peace, African economic integration and shared development".

However, in the opinion of Gonzalo Escribano, a researcher at Elcano and an expert in energy policy, there is nothing behind both initiatives other than what is called "gas pipeline geopolitics", since both projects "are unfeasible".

In the opinion of this expert, the construction of gas pipelines of more than 1,500 kilometers does not make much sense since it is cheaper to buy Liquefied Natural Gas (LNG) and transport it by ship. Furthermore, in both cases, it is hard for him to think that "no bank is going to finance it" and much less the EU, which cannot finance gas infrastructure.

Speaking to Europa Press, Escribano emphasizes that in the case of the Moroccan gas pipeline, the forecast is that the work will be completed by 2045 and recalls that the EU is committed to achieving carbon neutrality by 2050, so the infrastructure would leave to make sense as such by then.

Likewise, it draws attention to the risk that it would mean for Europe, in its effort to stop depending on Russia for gas supplies, depending on infrastructures that pass through very unstable countries -for security, political or other reasons- - in which "there is no strong link and the risk of a country failing along the way is high".

For the Elcano researcher, what Morocco and Algeria are trying to do is "annoy" each other in their effort to claim a central role in the continent and it is nothing more than a "little theater" that must be seen within the framework of their long-standing rivalry .

Algiers broke diplomatic relations with Rabat in August 2021 and in November of that year proceeded to close the Maghreb-Europe Gas Pipeline (GME), through which it supplied gas to Spain via Morocco. The tension has not eased in recent months and the hope raised by Mohamed VI's possible attendance at the Arab League summit in Algiers at the beginning of November was dashed.

Finally, the Alaouite monarch did not attend the appointment but in return invited the Algerian president, Abdelmayid Tebune, to visit the kingdom, an invitation that Algiers has received coldly so far.

‹ ›
Keywords:
MarruecosArgeliaNigeria
Your comment has been forwarded to the administrator for approval.×
Warning! Will constitute a criminal offense, illegal, threatening, offensive, insulting and swearing, derogatory, defamatory, vulgar, pornographic, indecent, personality rights, damaging or similar nature in the nature of all kinds of financial content, legal, criminal and administrative responsibility for the content of the sender member / members are belong.
Related News