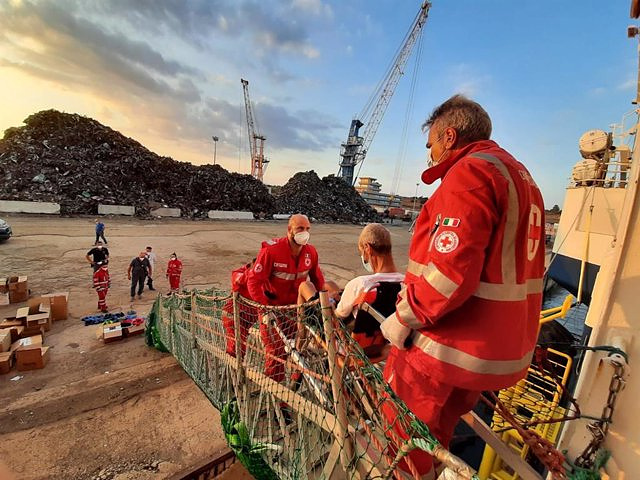 More than a thousand migrants rescued in recent days in the Mediterranean are still waiting for a safe harbor on the rescue ships 'Geo Barents' and 'Ocean Viking', operated respectively by Doctors Without Borders and SOS Méditerranée.

On the first MSF ship there are 659 survivors, including more than 150 minors, the last of whom were picked up on Thursday.

The organization regrets that "the multiple requests to disembark in a safe place have not received a response, but the team remains optimistic," says MSF on its Twitter account.

The 'Ocean Viking' is now housing another 387 migrants rescued in five operations between Sunday and Monday and has also seen its requests for safe harbor rejected.

Since January, 875 migrants have perished in Mediterranean waters while trying to reach Europe, according to the International Organization for Migration (IOM). Since 2014, the year of the first census, there is evidence of 20,000 dead or missing.

‹ ›
Keywords:
MSF
Your comment has been forwarded to the administrator for approval.×
Warning! Will constitute a criminal offense, illegal, threatening, offensive, insulting and swearing, derogatory, defamatory, vulgar, pornographic, indecent, personality rights, damaging or similar nature in the nature of all kinds of financial content, legal, criminal and administrative responsibility for the content of the sender member / members are belong.
Related News