More than 2,500 civilians are evacuated in the east and south of Armenia in the face of the latest clashes with Azerbaijan 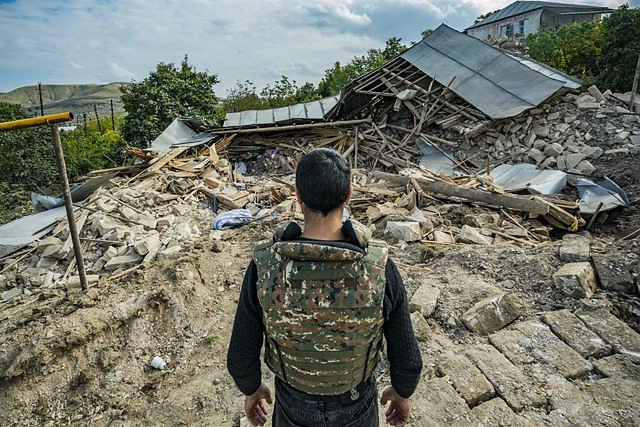 The Ombudsman of Armenia has reported this Wednesday that there are already more than 2,500 civilians who have been evacuated in the east and south of the country due to the latest clashes with Azerbaijan on the border, which have resulted in nearly a hundred of dead soldiers.

"At least 2,570 people have been evacuated from their homes in the Sotk, Norabak, Kut, Azat, Airk, Tretuk, Tutakavan and Gegharkunik areas in the east, as well as in Chakaten, Shikahogh, Srashen, Ajitu and Akner, among others. ", He has indicated in a report in which he has clarified that the majority of evacuees are women, children and the elderly.

The text accuses the Azeri government and media of incurring in acts of "Armenophobia", something it has described as "dangerous given the country's experience in the past and the high risk that the Azerbaijani Army will carry out crimes of war".

Likewise, the president of the Armenian Parliament, Alen Simonyán, has indicated that four civilians have been injured as a result of the bombing by the Azeri forces, according to information from the Armenpress news agency.

"The Azeri Armed Forces are carrying out attacks (...) with drones and mortars. There are wounds on the Armenian side, including among the civilian population. There have also been serious losses of military material," Simonyan said.

The Armenian authorities have also reported that there have been attacks on several ambulances.