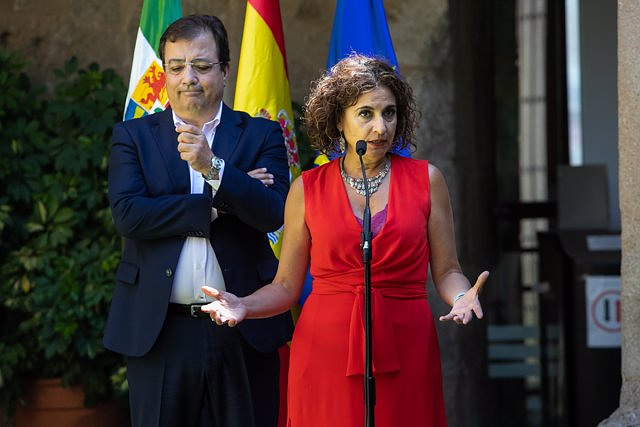 The Minister of Finance and Public Function, María Jesús Montero, has insinuated this Friday that the second vice president, Yolanda Díaz, hastened in her proposal to limit the price of food, although she has supported the line along which this debate is now walking : that large distributors offer consumers affordable products to overcome the price crisis.

"The will of the Government and of all its members is to help families, and that sometimes leads us to probably put proposals on the table before one can explain them in all their content and detail (...) When a proposal put on the table has to be sufficiently explained so that it does not give rise to confusion", he pointed out.

Montero, in statements to the SER chain collected by Europa Press, has indicated that, after yesterday's meeting between Díaz and the executive director of Carrefour Spain, the issue "is quite focused", since what is proposed is not to limit or bump the price of food, but rather to "invite" the large distributors to, "to the extent of their possibilities", help families "voluntarily" to face the current price situation through offers on their products.

"In this flow of information there has been very contradictory information during these days and we have to take note of that so as not to generate a false expectation or a situation of confusion. We must follow the path that those who have more margin tighten their belts so that citizens can make it to the end of the month", he underlined.

"When a proposal is put on the table, it must have sufficient consensus and the sufficient capacity to explain itself without giving rise to confusion or any type of speculation that is not strictly the will of what is wanted to be transmitted. There is much to be said here advance and learn but, ultimately, the objective pursued can be shared by everyone", Montero insisted.

Thus, for the head of the Treasury, it is "common sense" that those who have higher benefits or more margin within those benefits can make life easier for citizens "as simply as some of those large distributors have proposed," in allusion to the basket of 30 products at 30 euros announced by Carrefour Spain.

"I hope that this is the path of many with whom we are waiting to meet," added Montero in relation to the agenda of meetings scheduled for Monday between Díaz and other large distributors.

‹ ›
Keywords:
AEATMaría Jesús MonteroYolanda Díaz
Your comment has been forwarded to the administrator for approval.×
Warning! Will constitute a criminal offense, illegal, threatening, offensive, insulting and swearing, derogatory, defamatory, vulgar, pornographic, indecent, personality rights, damaging or similar nature in the nature of all kinds of financial content, legal, criminal and administrative responsibility for the content of the sender member / members are belong.
Related News